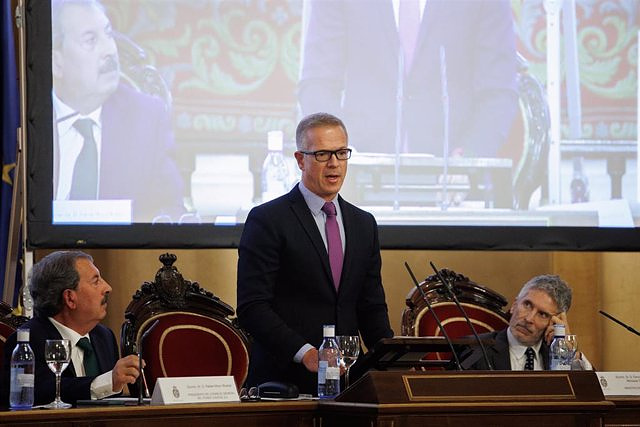 Judges for Democracy (JJpD) will meet tomorrow with the president of the Senate, Ander Gil, to ask him, as he already did with his counterpart in the Congress of Deputies, Meritxell Batet, that the upper house take the initiative to renew the Council General of the Judiciary (CGPJ), who next week will complete four years with the expired mandate.

JJpD has reported in a statement that at 1:00 p.m. on Thursday the members of the secretariat of the judicial association Edmundo Rodríguez Achútegui and Juan Vacas will meet with Gil to "demand that he take the initiative to renew the General Council of the Judiciary, after seeing recently thwarted that possibility by the Popular Party's refusal to normalize the situation of such a constitutional body".

In addition, he recalled that this was transferred to Batet on September 30, based on article 568.1 of the Organic Law of the Judiciary (LOPJ), according to which "the presidents of the Congress of Deputies and the Senate must adopt the measures necessary for the renewal of the Board to occur on time", a term that expired on December 4, 2018.

"It is these measures that the judicial association wants to claim, recognizing that the continuous obstacles posed by the Popular Party have led to this temporary situation of the governing body of the Judiciary, which this November celebrates the scandalous anniversary of having been for four years in office", they have denounced.

Along the same lines, JJpD points out that, "regardless of the clear responsibility of Núñez Feijóo in maintaining this inadmissible situation", the judicial association "understands that it is necessary to promote the renewal and face the boycott by presenting with transparency in both chambers initiatives that pursue overcome this blockade situation, debating whatever is necessary for that purpose".

‹ ›
Keywords:
Congreso De Los DiputadosSenadoMeritxell BatetCGPJ
Your comment has been forwarded to the administrator for approval.×
Warning! Will constitute a criminal offense, illegal, threatening, offensive, insulting and swearing, derogatory, defamatory, vulgar, pornographic, indecent, personality rights, damaging or similar nature in the nature of all kinds of financial content, legal, criminal and administrative responsibility for the content of the sender member / members are belong.
Related News