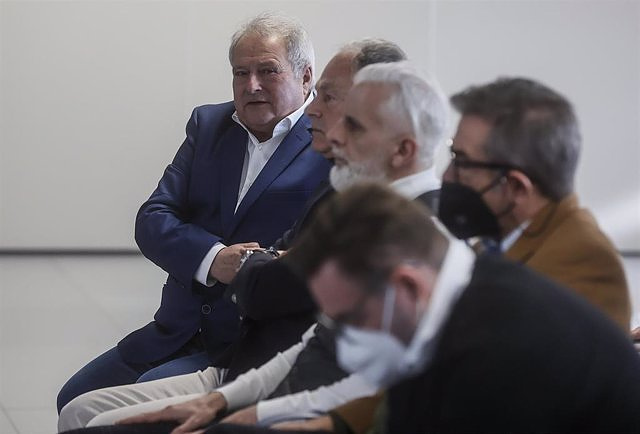 Several defendants in parts B and F of the Imelsa case have acknowledged in the trial that is taking place in the Valencia Court that they received different amounts of money without working in the extinct public company and have targeted the former president of the Provincial Council and the PP of the province of Valencia Alfonso Rus and his then chief of staff Emilio Llopis as ordering parties of the contracts.

These defendants - in total, there are 25 in this procedure - have reached an agreement in accordance with the public prosecutor's office by which they have recognized the facts and their sentence has been reduced, which has remained in 14 months in prison.

The first defendant to testify in the third session of the trial was José Estarlich, who was a front man for Imelsa's former manager Marcos Benavent, a self-described 'money junkie'. He explained, to questions from the prosecutor, that he was hired in Imelsa but it was a "pantomime" that they had set up: "The contract was for him to have more free time with which to do personal efforts and for Benavent. I received about 14,000 euros and I have returned," he said.

The defendant has stated that he knew Benavent previously and that he offered to hire him because he was going through a difficult situation: "He needed liquidity and he hired me to have money while at that time he was doing private business for me and for Benavent," he repeated.

For his part, Miguel Ángel Mullor, another of the defendants and a player from the Xàtiva Olímpic, has acknowledged that Rus hired him to work at Imelsa but did nothing there: "I had a team contract and received money for playing. When I passed I was paid to work at Imelsa when I was paid as a footballer. I was hired to advise Isidro Prieto but I did not advise him. I don't know him", he asserted.

Another defendant, Raúl Mateo Ángel Balufo, has exposed that he was hired to work at Imelsa and, nevertheless, he did not develop "any job." "Emilio Llopis hired me and he told me that he was going to be his adviser. I never advised him. I have returned 67,000 euros that I received", he has indicated.

This is the second trial of the Imelsa macro-cause, since the first one was tried in May, the one related to Thematica, with the 'money junkie' as the main defendant, who has been sentenced to seven years and 10 months in prison .

In the pieces that are being judged now, B and F, allegedly irregular hiring has been investigated in the public companies Imelsa and Ciegsa, Rus faces a sentence of 12 years in prison and Rubio --also investigated in the case known as Azud-- to oros six, as can be seen from the provisional qualification of the public prosecutor's office.

The Prosecutor's Office attributes to Rus the crimes of belonging to a criminal organization, a continuous crime of embezzlement of public funds, administrative prevarication and falsification of an official document committed by a public official. Likewise, Rubio is accused of a continued crime of embezzlement of public funds, forgery in an official document and a continued crime of administrative prevarication.

For the former regional secretary of Education Máximo Caturla and the former chief of staff of Rus, Emilio Llopis, he claims the same penalty as for the former president of the Provincial Council for identical crimes, in addition to a fine and disqualification.

‹ ›
Keywords:
Alfonso RusPP
Your comment has been forwarded to the administrator for approval.×
Warning! Will constitute a criminal offense, illegal, threatening, offensive, insulting and swearing, derogatory, defamatory, vulgar, pornographic, indecent, personality rights, damaging or similar nature in the nature of all kinds of financial content, legal, criminal and administrative responsibility for the content of the sender member / members are belong.
Related News