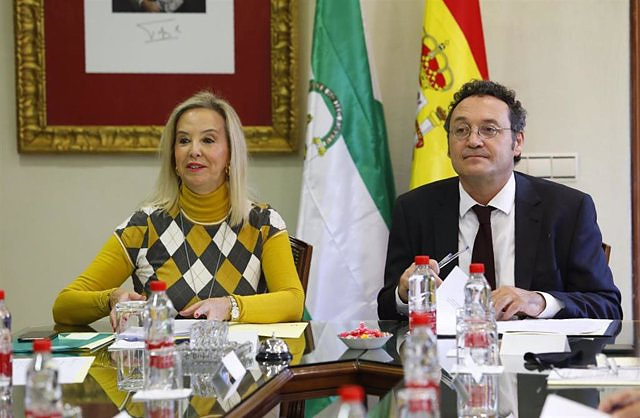 The State Attorney General, Álvaro García Ortiz, has indicated this Wednesday that the request for pardon of the former socialist president of the Andalusian Government, José Antonio Griñán, convicted in the ERE case, has not yet reached the Prosecutor's Office, and has refused to anticipate what the position of the Public Prosecutor's Office might be in this matter until it is "on the table." "It is making a lucubration and I believe that we are not in that," he pointed out.

Álvaro García Ortiz has made these statements to questions from journalists in Granada after the Anti-Corruption Prosecutor's Office sent a letter to the Seville Court a few days ago opposing the requests for suspension of sentences for those sentenced to prison in the sentence of the specific procedure through which the Board channeled subsidies for early retirement in fraudulent employment regulation files (ERE) and arbitrary aid to companies; applications among which is that of the former socialist president of the Junta de Andalucía José Antonio Griñán.

The attorney general has specified that this request for pardon has not yet reached the Prosecutor's Office and until "it is on the table, until we know how, when, in what way, an answer cannot be given" or anticipate the position of the Public Prosecutor in this regard.

"I think that in Law you have to know what you are answering and how you answer before giving an answer, that is, we are still before that moment," said Álvaro García Ortiz, who thus refused to "anticipate" anything about it. . "Until we see the request for pardon is making a guess and I think we are not in that," he has settled.

The State Attorney General, Álvaro García Ortiz, and the Andalusian Prosecutor, Ana Tárrago, spoke to the media in Granada before presiding over the Ordinary Board of Provincial and Area Chief Prosecutors of Andalusia, Ceuta and Melilla in the Prosecutor's Office of the Autonomous Community of Andalusia to address the needs, priorities and concerns of prosecutors in this territory.

‹ ›
Keywords:
Junta De AndalucíaEREIndultos
Your comment has been forwarded to the administrator for approval.×
Warning! Will constitute a criminal offense, illegal, threatening, offensive, insulting and swearing, derogatory, defamatory, vulgar, pornographic, indecent, personality rights, damaging or similar nature in the nature of all kinds of financial content, legal, criminal and administrative responsibility for the content of the sender member / members are belong.
Related News