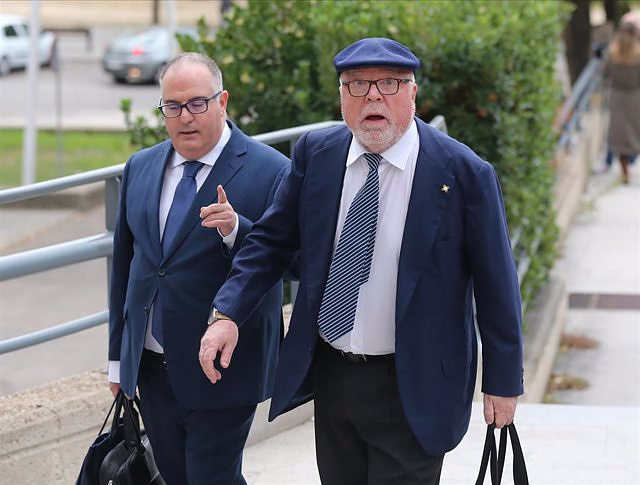 The former head of Internal Affairs Marcelino Martín Blas pointed out this Tuesday that the recording of a meeting he had with CNI agents in 2014 was possible thanks to the fact that they placed a Trojan horse on his mobile, and that it arrived due to a prior call from the journalist Carlos Mier, who in 2014 worked for a newspaper owned by commissioner José Manuel Villarejo.

This was explained during his statement as a witness in the trial held at the Provincial Court of Madrid against Villarejo in which he is accused of ordering to record and broadcast a meeting between agents of the National Police and the National Intelligence Center (CNI). ) on the investigation into Francisco Nicolás Gómez Iglesias, known as 'El Pequeño Nicolás'.

The Seventh Section of the Provincial Court of Madrid judges both Villarejo and his wife, Gemma Alcalá, and the journalist Carlos Mier for an alleged crime of discovery and disclosure of secrets. The Prosecutor's Office requests a four-year prison sentence for the commissioner, while for his wife and Mier they request three years in prison, considering that they acted as necessary collaborators. The State Attorney requested the same sentences for the same crimes.

‹ ›
Keywords:
CNIComisario Villarejo
Your comment has been forwarded to the administrator for approval.×
Warning! Will constitute a criminal offense, illegal, threatening, offensive, insulting and swearing, derogatory, defamatory, vulgar, pornographic, indecent, personality rights, damaging or similar nature in the nature of all kinds of financial content, legal, criminal and administrative responsibility for the content of the sender member / members are belong.
Related News