Gemma Montull responds to her lawyer and the judge to exonerate herself. 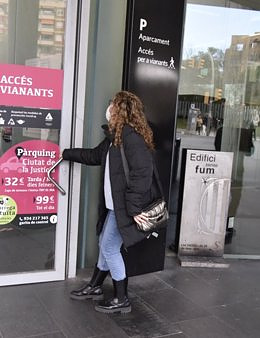 The former president of the Palau de la Música Fèlix Millet did not testify this Wednesday when he appeared in court investigating him for allegedly hiding assets to avoid paying compensation in the Palau case.

Sources present in the room have explained that Millet's lawyer -now he has one ex officio- has announced that he would avail himself of his right not to testify, so that Millet himself has not said anything, not even to give up answering. .

Millet has arrived at the Ciutat de la Justícia in an ambulance that has transferred him from the Terrassa Penitentiary Hospital (Barcelona), where he is still admitted despite having obtained semi-liberty due to "incurable illness".

This Wednesday, the former financial director of the Palau, Gemma Montull, has declared, who is also being investigated in the Barcelona Examining Court 12 for allegedly hiding assets to avoid paying compensation in the Palau case.

The aforementioned sources have explained that Montull has answered the questions from his lawyer and the judge to deny that he hid the income from two rentals of his family's properties, as the accusations attribute to him, and has assured that the Barcelona Court -which executes the judgment in the Palau case-- knew about these rentals.

The investigation for allegedly frustrating the execution of the sentence in the Palau case still has pending the interrogation of Millet's daughters, which was scheduled for this Wednesday but has not been done because they have not been able to summon them.

‹ ›
Keywords:
Palau De La Música
Your comment has been forwarded to the administrator for approval.×
Warning! Will constitute a criminal offense, illegal, threatening, offensive, insulting and swearing, derogatory, defamatory, vulgar, pornographic, indecent, personality rights, damaging or similar nature in the nature of all kinds of financial content, legal, criminal and administrative responsibility for the content of the sender member / members are belong.
Related News