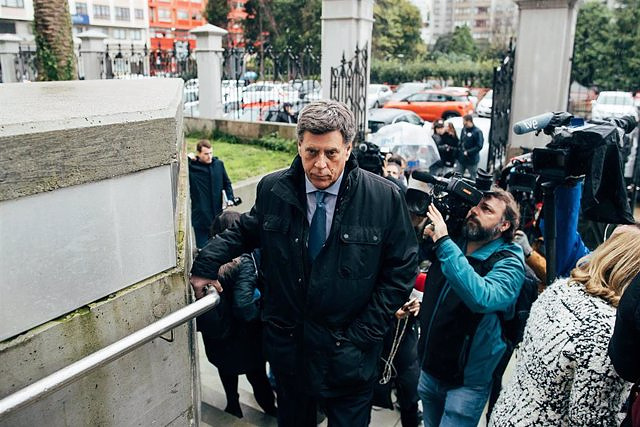 Juan Carlos Quer, Diana Quer's father, has denounced that with "repeated sexual predators, educating and only educating is not enough." For this reason, he has demanded "effective criminal laws that put society in prevention" and urges politicians to "learn from this."

He has done it at the gates of the Provincial Court of A Coruña where this Tuesday, Wednesday and Thursday the trial against José Enrique Abuín Gey -known as 'El Chicle' and sentenced to permanent reviewable prison for the crime of Diana Quer- is being held. - for the alleged sexual assault on his sister-in-law in January 2005 when she was 17 years old. Crime for which both the Public Ministry and the private prosecution request 15 years in prison.

"When faced with a rapist, a sexual offender or a pedophile, justice does not arrive, arrives late or arrives badly, there are always innocent victims who are going to pay the consequences of those errors in our legal system," he denounced.

Juan Carlos Quer has regretted the facts that are prosecuted in this hearing "are from 17 years ago" and if the defendant had been in prison "Unfortunately, Diana's life would not have ended the way it ended, nor would the girl from Boiro have had to get out of the trunk in the conditions in which he had to get out to save his life".

Quer has assured that his daughter's wish would have been to be able to attend this trial "by lending her support to the third known victim of this murderer and sexual predator" and "on his behalf" he has come to "try to give her a voice, that she too be present in the courtroom and that justice be served". "I wish it wouldn't happen again," he added to her.

‹ ›
Keywords:
Diana Quer
Your comment has been forwarded to the administrator for approval.×
Warning! Will constitute a criminal offense, illegal, threatening, offensive, insulting and swearing, derogatory, defamatory, vulgar, pornographic, indecent, personality rights, damaging or similar nature in the nature of all kinds of financial content, legal, criminal and administrative responsibility for the content of the sender member / members are belong.
Related News