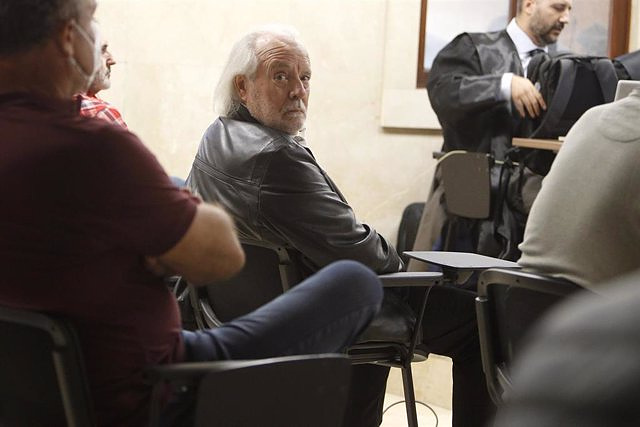 The Mallorcan businessman Bartolomé Cursach will finally be acquitted after the latest accusation against him was withdrawn on Monday.

As Europa Press has been able to confirm, the lawyer Teresa Bueyes, who represented the businessman from Magaluf José Manuel Bover, has sent a letter to the Provincial Court of the Balearic Islands informing that she will withdraw her accusation, which would also imply the acquittal of the general director of the Cursach Group , Bartolomé Sbert, and the Calvià Town Hall official, Jaime Nadal.

Against Nadal only this particular accusation was maintained, since the Prosecutor's Office requested his acquittal after the modification of the letter weeks before the start of the trial, which has been held since June in the First Section of the Provincial Court of the Balearic Islands.

However, the lawyer Bueyes, in her writing, maintains the nullity of the principle when considering that facts that have been excluded should be prosecuted.

It should be remembered that in this Monday's session, the lawyer who sustained the private accusation of the businessman Ángel Ávila has also withdrawn his accusation against Sbert, so that only one accusation remains, that of the Sa Trobada bar, against two agents of the Local Police, José Mayans and Gabriel Mayol.

‹ ›
Keywords:
Cursach
Your comment has been forwarded to the administrator for approval.×
Warning! Will constitute a criminal offense, illegal, threatening, offensive, insulting and swearing, derogatory, defamatory, vulgar, pornographic, indecent, personality rights, damaging or similar nature in the nature of all kinds of financial content, legal, criminal and administrative responsibility for the content of the sender member / members are belong.
Related News