The union has concentrated this Wednesday before the Ministry of Justice. 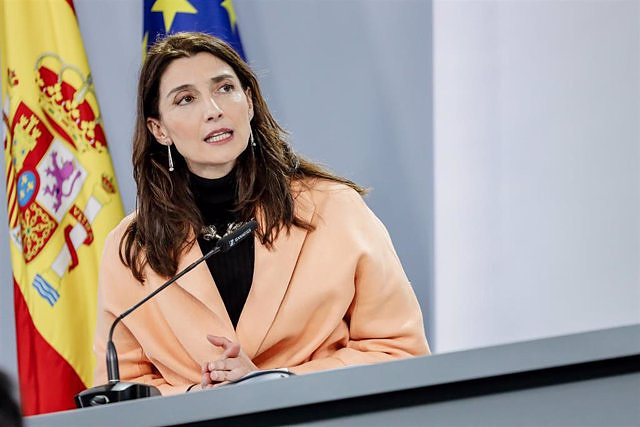 The union has concentrated this Wednesday before the Ministry of Justice

The Independent Union and Officials Central (CSIF) has reproached the Government for being "more interested in partisan struggle and politicking in the fundamental organs of Justice when the priority should be to provide it with more and better means to make it more agile and efficient for the citizen.

The majority union in the Administration of Justice has spoken out in the framework of a concentration that it had called for this Wednesday at the headquarters of the Ministry of Justice against the "imposition" of the Organizational Efficiency Law that is currently in parliamentary processing and that "It will imply changes in working conditions without negotiating with the workers' representatives."

The person in charge of the Justice sector of CSIF, Javier Jordán, in statements to the press has assured that the Executive wants to "impose" a "new model of judicial organization going over the workers" and "violating the right to negotiation collective".

Jordán has stressed that this new model "will not solve the historical problems that the Spanish Justice drags". In this sense, he has pointed out that "there is a deficit of 20,000 jobs, computer equipment that does not work and is outdated, courts that are falling apart and a totally overwhelmed workforce that defends their working conditions because there is a real risk that they will worsen."

For the union member, the citizens are "those who pay the consequences" of this management by enduring "a slow and excessively bureaucratic Justice." "The Ministry should provide the means so that justice can be fulfilled as a really effective service", she pointed out.

"We are here to denounce the abandonment of Justice and the mistreatment of the workers who ensure this essential service," he said in front of the Ministry while the head of Justice, Pilar Llop, was in Congress responding to a urgent interpellation urged by the PP on the law of 'only yes is yes'.

From the CSIF they have also recalled that there are convened concentrations in front of the doors of the courts throughout Spain on the next December 2 and 16 at 11:00 a.m.

Thus, Jordan has stressed that "this government that calls itself so progressive" is going to face them. "We are not going to stop until they sit down to negotiate," he said.