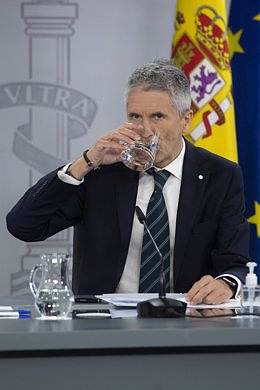 The head of the Investigating Court number 2 of Ceuta who is handling the open case for an alleged crime of continued prevarication in the expulsion to Morocco in August of last year of 55 unaccompanied migrant minors has refused to summon the Minister of the Interior, Fernando Grande, as witnesses. Marlaska, and the Secretary of State for Security, Rafael Pérez, as requested by one of the defendants, the First Vice President of the City Government, Mabel Deu (PP).

The also counselor of the Presidency of the regional Executive, denounced by the Prosecutor's Office together with the former government delegate, Salvadora Mateos, for returning the children alone outside the provisions of the Immigration Law, justified their request on the need for Marlaska and Pérez explain "the steps, diplomatic and/or administrative, that were carried out to comply with the International Agreement with Morocco" of 2007 to which the investigated appeal as alleged legal support for their actions.

In an order to whose full content Europa Press has had access, the investigator of the case argues that "such steps do not begin or replace the administrative procedures provided" in the Regulations of the Immigration Law to which, according to all judicial instances that have been pronounced so far, those investigated should have been adhered to.

The judge considers that "it is not estimated that his testimony is relevant for the investigation of the cause without prejudice to the fact that the party can propose the evidence if it suits him, in his case, in the oral trial," he concluded.

It has also rejected the rest of the testimonials and documentaries requested by the Prosecutor's Office, Deu and one of the private prosecutions, the Spanish Immigration Network, which sought to extend the possible criminal liability derived from the repatriations to up to four ministries.

Thus, the judge has ruled out trying to locate the four Moroccan officials who attended a meeting with the Spanish authorities on the Tarajal border days before the start of the repatriation of minors, since apart from the fact that the Defense of Deu could not provide nor their names, "in any case, their statement is not considered transcendent if it is an account of the admission of returned minors in a public protection center and/or their family reunification."

Nor will the president of the Government of Ceuta, Juan Vivas, be cited, as claimed by the Immigration Network, since until now it has not found any "indications of criminality" to call him under investigation, the condition in which he should do so if the thesis is accepted. of that particular accusation that he would have "participated" in the "arrangement to commit a crime" that Mateos and Deu are accused of.

Until now, the judge has heard the ex-Government delegate and the vice president of the Executive of Ceuta declare as investigated. The head of the City's Minors Area, Toñi Palomo, has done the same as witnesses, who repeatedly warned in writing and verbally that the formula chosen to expel the children violated national legislation and international agreements; a chief inspector of the National Police; a State lawyer and the general secretary of the Delegation.

‹ ›
Keywords:
InmigraciónPPCorrupciónMarlaska
Your comment has been forwarded to the administrator for approval.×
Warning! Will constitute a criminal offense, illegal, threatening, offensive, insulting and swearing, derogatory, defamatory, vulgar, pornographic, indecent, personality rights, damaging or similar nature in the nature of all kinds of financial content, legal, criminal and administrative responsibility for the content of the sender member / members are belong.
Related News 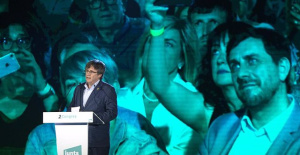 The TC dismisses the appeals of Puigdemont and Comín... 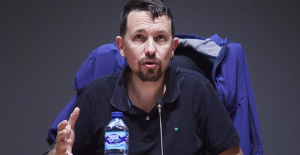 Pablo Iglesias refuses to agree with a Madrid Municipal... 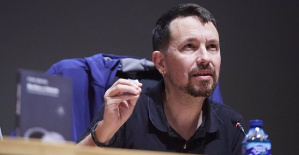 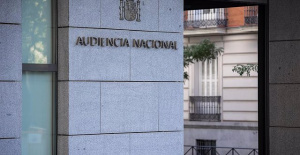