Prison sentences have gone from 18 to 11 years for a crime of sexual assault and one of cooperation. 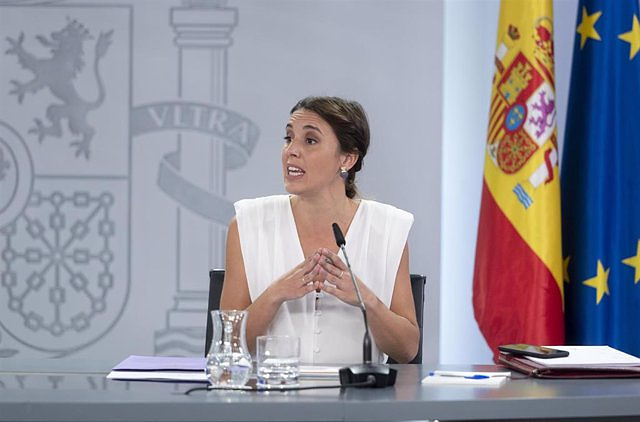 The Provincial Court of Cantabria has reduced by 7 years the prison sentences imposed in 2020 on two convicted of sexually assaulting a young woman in a Santander hostel. Thus, there are already three aggressors who have seen their sentences reduced in this autonomous community and at least 35 throughout the country due to the so-called 'law of only yes is yes'.

In this case, each of them was sentenced to 18 years in prison -- 12 years in prison for the crime of assault and 6 years for cooperating with the other. Now the sentences have remained in 11 years in prison -7 years for the aggression and 4 for the cooperation--. On the sidelines, both have been imposed special disqualification for work or trade that involves contact with minors for 10 years after completing their prison sentence.

The First Section of the Court of Cantabria has thus responded to the request of the legal representation of the two convicted, who alleged the recent reform of the Criminal Code and the constitutional principle of retroactivity of the criminal law more favorable to the prisoner.

According to the facts proven in the sentence, the two men - after spending the night with a woman in several cocktail bars in Santander - invited the victim to go up to the room of the hostel where they were staying, where they sexually assaulted her. .

The court has explained in its resolution that the men were sentenced, first of all, for the commission of a crime of sexual assault by the joint action of two or more people.

The sentence has reflected that, "given the absence of modifying circumstances of criminal responsibility, the personal circumstances of the defendants and the evident seriousness of the fact, the penalty is established at a minimum of 12 years."

With the legislation in force at the time, the penalty range ranged from 12 to 15 years in prison. Now, a penalty of between 7 and 15 years is provided for such conduct.

Therefore, "following the criteria of the sentence handed down by this court, if the minimum sentence provided for in the law is applied, it would be appropriate to sanction the conduct with a sentence of seven years in prison."

In the same way, for the crime as necessary collaborators of a sexual assault they were then sentenced to 6 years in prison, since the minimum sentence was considered appropriate.

The range for this crime went from 6 to 12 years, and now it goes from 4 to 12. Again, following the criteria of the sentence to apply the minimum penalty, the Court understands that it is appropriate to sanction the conduct with four years in prison.

Among the reasons that the court has developed to carry out the review, there is the fact that the sentence of 12 years, which was then the minimum, would now be in the upper half; and the six-year-old would be located in the central section of the lower half, "far, in any case, from the legal minimum."

Along with this, the magistrates have indicated that analyzing now the specific circumstances of the case --that is, "if now it is possible to consider any element that justifies the maintenance of the previous sentence"-- "would mean retrial the case and do it against the defendant ".

On the other hand, alluding to the transitory provision of the Penal Code of 1995 on the review of sentences on which some judicial bodies have relied to maintain them, the court understands that it is a specific provision of that law and that it referred to "Possible Sentencing Reviews to Occur in 1995".

"It is not considered that these criteria are applicable to a law approved twenty-seven years after that," the court stated in the order, where they recalled that other organic laws that have modified the Penal Code have contained a similar transitory provision.

Finally, the Provincial Court of Cantabria has understood that the 'in dubio pro reo' principle must be applied. Against this order there is an appeal before the same judicial body.

‹ ›
Keywords:
Santander (Cantabria)CrímenesAbusos Sexuales
Your comment has been forwarded to the administrator for approval.×
Warning! Will constitute a criminal offense, illegal, threatening, offensive, insulting and swearing, derogatory, defamatory, vulgar, pornographic, indecent, personality rights, damaging or similar nature in the nature of all kinds of financial content, legal, criminal and administrative responsibility for the content of the sender member / members are belong.
Related News