A previous conviction is reduced to 41 while the reform of the Penal Code is directly applied to 4. 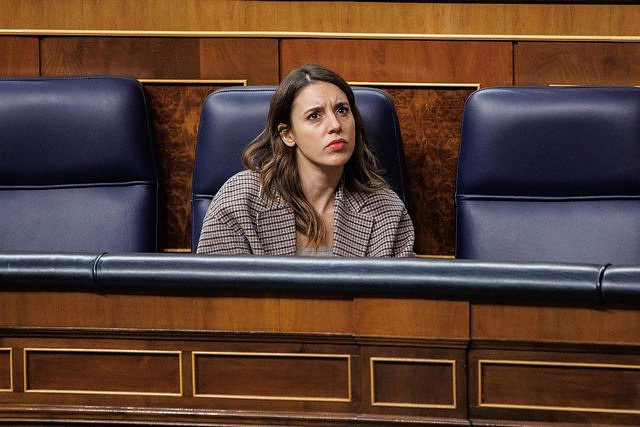 The number of convicts who have benefited from the new penalty framework included in the 'only yes is yes' law amounts to at least 45, between lower sentence reviews (41) and subsequent sentences in application of the rule (4). A total of 11 people have been released.

The latest reductions that have come to light have been issued by the Vizcaya Court, which has reduced two sentences in application of the Organic Law for the Comprehensive Guarantee of Sexual Freedom. In one case, the sentence for a sexual offender has been reduced from 4 years and 6 months to 3 years; and in another it has reduced a man's sentence from 6 to 4 years for two crimes of sexual assault.

This same Thursday a case has been announced in Pontevedra. The Provincial Court has agreed to release a man convicted of sexual assault who had served 11 of the 12 years in prison imposed on him, because - in application of the new law - he should have been sentenced to 7 years.

These two reductions are added to two others that the Supreme Court has issued this week, which has sentenced two former players in the 'Arandina case' to 9 years in prison -and not 10- by applying the 'only yes' law is if'. The magistrates have raised their sentences - from 4 and 3 years that had been set by the Superior Court of Justice of Castilla y León - after eliminating the mitigation that had been appreciated due to the closeness of age and maturity between the convicted and the victim.

In the ruling, the magistrates have stressed that the Organic Law of Comprehensive Guarantee of Sexual Freedom "may be applied to the benefit of the prisoner when a lower penalty is now set in those cases in which it proceeds." They have qualified, however, that it must be done "analyzing case by case, and not globally, both in matters pending trial, appeals and cassation and in criminal enforcement."

This contrasts with the criterion established last week by the State Attorney General, Álvaro García Ortiz, so that sentences will not be modified when they can be imposed with the new criminal framework, a criterion that would avoid an "automatic" reduction of sentences.

The new law has caused the crime of sexual assault to absorb that of sexual abuse, which means that a crime that until now included a more serious conduct incorporates a less serious one, for which the criminal fork has also been expanded to cover everything the range of behaviors now punishable as sexual assault.

Among the sentence reviews and sentence reductions, the sources consulted by Europa Press have confirmed 20 in Madrid, 5 in Galicia, 3 in Cantabria, 2 in the Balearic Islands, 2 in Castilla y León, 2 in the Supreme Court, 2 in the Basque Country , 1 in Andalusia, 1 in Asturias, 1 in Castilla-La Mancha, 1 in Murcia and 1 in the Canary Islands. 11 of these 41 cases have led to the release of convicts: 6 from Madrid, 2 from the Balearic Islands, 2 from Galicia, and 1 from Cantabria.

Regarding the new sentences handed down after the reform, sources consulted by Europa Press have specified that there are already 4 cases: two cases in the León Court, one in the Barcelona Court and one in the Girona Court.

On the sidelines, this week two cases of reductions in the TSJ of Galicia have also been announced. One in which the prison sentence for a man who was convicted of sexually abusing a minor under 16 years of age has been reduced from 11 years to 10 years and 6 months. And another in which the sentence imposed on a man for sexually assaulting a minor whom he had met through Instagram was reduced from 8 to 6 years.

These cases are added to two others from last week in Galicia. One of the Court of Ourense, where they have reviewed a conviction for an attempted sexual assault with carnal access and have reduced the sentence from 3 years and 6 months in prison to 2 years and 6 months and have agreed to his release. And another from the TSJ, where the prison sentence of a man who raped a woman he met through Tinder in Cambre has been reduced by two years.

This week there are also two cases from the Court of Cantabria in which the prison sentences imposed in 2020 on two convicted of sexually assaulting a young woman in a Santander hostel were reduced by 7 years. Thus, they went from a sentence of 18 years in prison to 11 years.

These two cases were added to another that the Court of Cantabria had already reported, in which the sentence for a man who sexually assaulted a woman was reduced from 5 to 2 years in prison.

Until now, the largest number of reviews is recorded in the courts of Madrid, where 20 sentences of abuse and/or sexual assault have been lowered. In addition, 7 releases have been issued, although one has not materialized because the convicted person has other pending sentences. In the resolutions to which Europa Press has had access, prison sentences are reduced by up to 5 years.

The TSJ of Murcia has ratified a conviction of a defendant for an attempted sexual assault on a woman in 2020. However, it has modified the sentence imposed because it is "more favorable" for the prisoner to apply the 'law of only yes is yes' . Thus, it has reduced the sentence from 4 years and 6 months to 3 years and 1 day in prison.

On the sidelines, the Balearic Court has ordered the immediate release of two prisoners who were serving a sentence of three years in prison for two sexual assaults without penetration after reviewing the two cases.

The legal sources consulted by Europa Press have pointed out that in Castilla y León, in the Segovia Court, four enforceable sentences on sexual crimes have been reviewed and one of them has been modified. In this case, the sentence has been reduced from 12 years to 9 years in prison.

For its part, the Court of Valladolid has reduced the sentence from 12 to 10 years in prison for the person responsible for a sexual assault on a minor under 16 years of age.

Added to the list is the case of the Castilla-La Mancha Supreme Court, which has reduced the sentence of a man who sexually assaulted a woman in Ciudad Real from 9 to 8 years.

On the sidelines, the TSJ of Asturias has reduced the sentence of a man accused of sexual abuse of a child under 16 from 10 to 9 years in prison. It should be remembered that the reviews carried out by judges are subject to appeal and that they could reach the Supreme Court.

The sources consulted have specified that the number of cases in which the reductions are applied could increase in the coming days due to the pending revisions. In Madrid alone, there are 447 cases of sexual abuse and/or assault that have been firmly convicted, with a convicted person in prison, subject to review. Of these cases, and ex officio, the magistrates have already begun the review of 121. At the request of a party, the review of 55 is being processed.

So far, 17 of the 52 provincial hearings have ruled. A total of 11 have said that they are in favor of applying the most favorable revisions to the prisoner; three have not set a clear position, pointing to the need to review case by case; and three others have reported that it will not lower the sentences when the sentences that were imposed may also be taxable under the new law.