This week they have transcended 15 sales that have occurred in Castilla y León, Catalonia and Galicia. 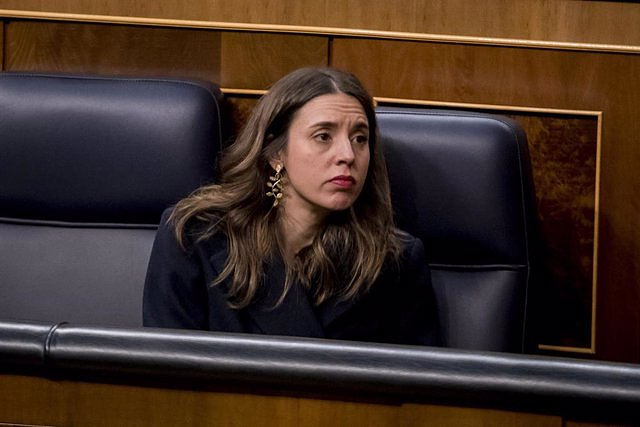 This week they have transcended 15 sales that have occurred in Castilla y León, Catalonia and Galicia

The number of those convicted of sexual crimes who have benefited from the new penalty framework included in the "only yes is yes" law amounts to at least 259, between lower sentence reviews and subsequent sentences in application of the norm . Since October 7, when the Penal Code reform came into force, the release of 20 people has been ordered. The last 15 penalty reductions have transpired this Monday and Tuesday have occurred in Asturias, Castilla y León, Catalonia and Galicia.

The Provincial Court of Oviedo has notified this Tuesday a reduction in sentence that entails the release of a man convicted of two crimes of consummated rape, a crime of attempted rape and a crime of attempted sexual assault. This is the second convicted of sexual crimes to be released from prison in Asturias after the entry into force of the Organic Law for the Comprehensive Guarantee of Sexual Freedom.

On the sidelines, the Provincial Court of Lleida has issued 6 of the 15 reductions reported so far this week. The magistrates have reviewed and modified downward 5 sentences that affect 6 convicted of sexual crimes. In one case, the court has reduced the prison sentence for a man responsible for a sexual assault from 12 to 7 years.

Added to the list are two new sentence modifications in Castilla y León, issued by the Provincial Court of Zamora. In one of the cases, it has agreed to reduce from 12 years to 9 years and 4 months the prison sentence imposed on a man convicted of a crime of consummated sexual assault and one in an attempted degree. In the other, it has reduced the prison sentence of a man who repeatedly raped and sexually abused his two underage daughters by 2 years and 5 months, for which the sentence has been reduced to 11 years and 2 months.

For its part, the Galician courts have registered 6 reductions so far this week. The Provincial Court of A Coruña has informed this Tuesday that it has agreed to modify the sentences imposed on 5 convicted of sexual crimes. In one of the cases, the prison sentence for the perpetrator of a continuous crime of sexual assault has been reduced from 14 to 13 years. In two of them, the prison sentence has been reduced from 6 to 4 years.

It is also on record that yesterday Monday it was announced that three magistrates of the Provincial Court of Pontevedra have reduced by two months the sentence to 14 and a half years imposed in 2008 on a man, a native of Sierra Leone, who lived in Marín and who continuously violated to their daughters --on more than 30 occasions-- when they were 13 and 14 years old.

With the 15 new reductions recorded between Monday and Tuesday, the number of those convicted of sexual crimes who have benefited from the 'only yes is yes' law has gone from 244 to 259 since last Friday. That same day, the Minister of Justice, Pilar Llop, regretted that the "only yes is yes" law had not had "the desired effects" and assured that in the field of transitional law the Government "thought that another type of law would be applicable response" in line with the proposal by the State Attorney General's Office.

As of January 24, sentence reviews and sentence reductions are confirmed in 17 autonomous communities. According to the data collected so far by Europa Press, there are 42 in Madrid, 35 in the Basque Country, 33 in the Valencian Community, 27 in Galicia, 20 in Andalusia, 18 in the Balearic Islands, 18 in Castilla y León, 13 in the Canary Islands, 13 in Asturias , 11 in Catalonia, 8 in Extremadura, 7 in Cantabria, 6 in the Supreme Court, 2 in Murcia, 2 in La Rioja, 2 in Aragón, 1 in Castilla-La Mancha and 1 in Navarra.

Of these 259 cases, 20 have led to the release of convicts: 6 from Madrid, 2 from the Balearic Islands, 2 from Galicia, 2 in the Valencian Community, 2 from Cantabria, 2 in Asturias, 1 in Extremadura, 1 in Castilla y León, 1 in the Canary Islands and 1 in the Basque Country --by order of the Supreme Court--.

Among the most substantial reductions registered, there are two in Cantabria in which the prison sentence was reduced by 7 years. Thus, those convicted went from sentences of 18 years to 11 years for a sexual assault on a young woman in a Santander hostel.

The cases recorded here represent a low estimate, since not all the Supreme Courts keep an up-to-date record of the number of reduction cases that are handed down in their courts.

In the 259 cases registered so far, the magistrates explain that these reviews and sentence reductions are made because the Criminal Code itself, in its article 2.2, establishes that the "most favorable" law must always be applied to the prisoner.

The law of 'only yes is yes' has caused the crime of sexual assault to absorb that of sexual abuse, which means that a crime that until now included a more serious conduct incorporates a less serious one, so that the criminal fork also It has been expanded to cover the full range of behaviors now punishable as sexual assault.

Thus, the legal sources consulted by Europa Press explain that the number of cases in which the discounts are applied will continue to grow due to the pending reviews in all the autonomous communities.

The Supreme Court assured in its ruling on the 'Arandina case' that the application of the Organic Law of Comprehensive Guarantee of Sexual Freedom is "mandatory" because it is "more favorable" to the prisoner.

The high court had to make use of the penal modification when reviewing the sentence of the 'Arandina case' and sentenced two former players of that football club to 9 years in prison -and not 10, as requested by the Prosecutor. the law of 'only yes is yes'.

The magistrates raised the sentences - from 4 and 3 years that the TSJ of Castilla y León had set - after eliminating the mitigation that had been appreciated due to the closeness of age and maturity between the convicted and the victim.

The Supreme Court has already reduced 6 prison sentences related to crimes of sexual assault since the reform of the Penal Code entered into force. One of them has led to a release in the Basque Country.