The AN points out that the indictment does not mention any charge or the irregular destination of public funds. 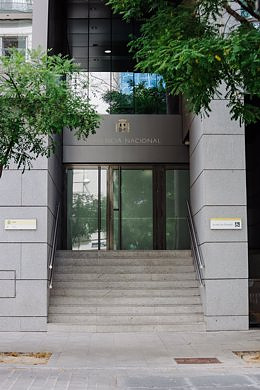 The Central Court of Instruction Number 6 of the National Court has rejected the appearance of José Bernal, spokesperson for the PSOE in the Marbella Town Hall (Málaga), as popular accusation in the case with which the husband of the Marbella mayoress, Ángeles, is related. Munoz; and points out that in the indictment issued in this case "there is no mention" of any charge and neither is there an irregular destination of public funds or that the City Council has been used for possible money laundering.

This is stated in an order issued by the head of said central court in the case in which the councilor's husband was investigated for alleged money laundering in relation to an alleged network led by Swedish citizens who would have exported large quantities of narcotics from Spain , especially marijuana and hashish, to the Nordic countries, especially Sweden.

The resolution issued now resolves the request made by Bernal "in a personal capacity", although pointing out his status as a councilor in Marbella, in which he indicates that he has been made aware of a case "in which there could be activities of those investigated in the different rooms in which it has been broken down that they could have harmed the interests of that City Council, or even used it for money laundering activities, always in an indicative manner".

For this reason, and pointing out that the alleged crimes that are being investigated "could be connected to activities and/or decisions by action or omission carried out by public officials and in which there could be, presumably, an irregular use of public funds", He asks "as a representative of the citizens", to be able to exercise the popular accusation "doing it in a personal capacity and in the aforementioned condition".

The prosecutor, for his part, according to the AN order, to which Europa Press has had access, requests that the appearance be inadmissible, which is accepted by the court, noting that the applicant "intends to appear at a time when The indictment has already been issued, which has been reported to the media, but does not specify the facts for which he intends to appear."

"In the description of the facts in the indictment, there is no mention of any public office that by action or omission could be related to the crimes mentioned, nor is the existence of any irregular destination of public funds mentioned. It is stated in these facts that the Marbella Town Hall has been used to carry out possible money laundering", says the court.

The National Court recalls that the indictment "sets the facts that are the subject of the procedural debate to the point that it would have to be expanded if it were intended to include new ones" and emphasizes that "in the investigation carried out, no indications that reveal the type of conduct to which the applicant refers".

Likewise, it indicates that the petition does not provide "any new fact or basis that allows for such an extension", for which reason it considers that the appearance should be inadmissible as a popular accusation that is being advocated, "because they are facts unrelated to the current procedure". noting that the applicant can "formulate a complaint before the competent authorities, outside of this procedure, if they are aware of any irregularity that could constitute criminal conduct."

‹ ›
Keywords:
Audiencia NacionalPSOEAyuntamiento De Marbella
Your comment has been forwarded to the administrator for approval.×
Warning! Will constitute a criminal offense, illegal, threatening, offensive, insulting and swearing, derogatory, defamatory, vulgar, pornographic, indecent, personality rights, damaging or similar nature in the nature of all kinds of financial content, legal, criminal and administrative responsibility for the content of the sender member / members are belong.
Related News