AMP. The Supreme Court endorses the agreement of the JEC that removed the seat from Pau Juvillà (CUP) after his conviction for disobedience

Dismisses the appeal presented by the Parliament of Catalonia. 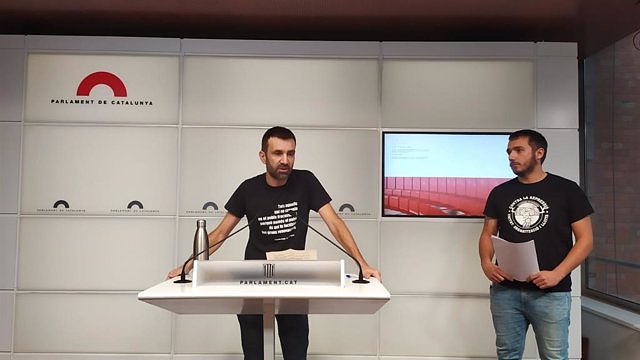 Dismisses the appeal presented by the Parliament of Catalonia

The Supreme Court has endorsed the agreement of the Central Electoral Board (JEC) that annulled the credentials of Pau Juvillà as deputy of the CUP and third secretary of the Parliamentary Table after being convicted of a crime of disobedience for refusing to comply with the resolutions that demanded the removal of yellow ties in the Lleida City Council in 2019, when he was a councillor.

The magistrates have dismissed the appeal filed by the Parliament of Catalonia against the JEC agreement of January 20, 2022 that left Juvillà without a seat. Thus, they have supported the conclusion reached by the Board that in the case of the CUP leader there was a case of unforeseen ineligibility provided for in the Organic Law of the General Electoral Regime (LOREG) because he had been convicted by a non-firm sentence for a crime of disobedience.

In a sentence, collected by Europa Press, they recalled that Juvillá was sentenced by the Superior Court of Justice (TSJ) of Catalonia to a fine of 1,080 euros and 6 months of special disqualification from holding elective public office.

The court has stressed that the Supreme Court has already dictated jurisprudence in this regard and that it supports the competence of the JEC to declare the sudden ineligibility of a deputy. The Contentious-Administrative Chamber has thus ruled out that the right of access and permanence in public office of the parliamentarian is violated.

In the resolution, for which Judge Pilar Teso was the speaker, the court explained that the cause of ineligibility and incompatibility is "an element of the legal configuration of the right to political participation" contained in the Constitution.

The legal services of the Parliament insisted that the decision of the JEC to leave Juvillà without a seat not only affected the leader of the CUP, but also affected the Catalan Chamber. They also defended that the Parliament itself had approved a resolution in which it was declared that there was "no cause of incompatibility regarding the deputy" nor "any other circumstance that affects his condition."

In 19 pages, the Supreme Court magistrates have dismissed the arguments presented in the appeal drafted by the legal services of Parliament. Already in February, the High Court rejected the request of the Catalan Chamber to suspend in a precautionary manner the agreement of the JEC regarding Juvillà.

‹ ›
Keywords:
Tribunal SupremoCUPParlament De Catalunya
Your comment has been forwarded to the administrator for approval.×
Warning! Will constitute a criminal offense, illegal, threatening, offensive, insulting and swearing, derogatory, defamatory, vulgar, pornographic, indecent, personality rights, damaging or similar nature in the nature of all kinds of financial content, legal, criminal and administrative responsibility for the content of the sender member / members are belong.
Related News