AMP. The courts have already lowered at least 11 sentences of sexual abuse for the "yes is yes" and released 5 people

The judges have handed down at least four new sentences in which they apply the law promoted by Equality. 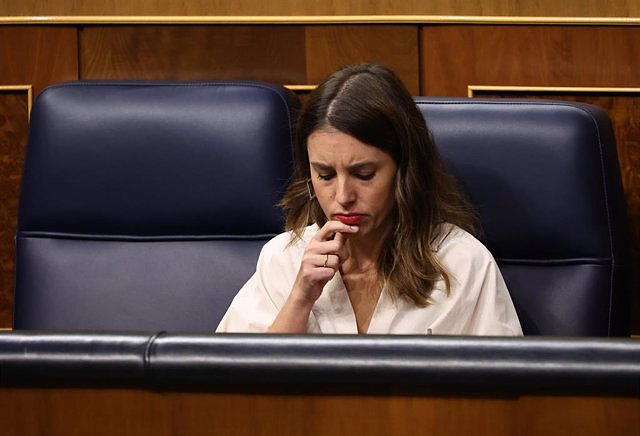 The courts have already lowered at least 11 sentences of sexual abuse due to the application of the 'law of only yes is yes', promoted by the Ministry of Equality, and five people have been released from prison. It is expected that the magistrates will have to review dozens of sentences more every time that the reform of the Criminal Code is "more favorable to the prisoner."

The magistrates have explained in their resolutions that the reductions respond to the application of Organic Law 10/2022, of September 6, on the comprehensive guarantee of sexual freedom.

In line, the courts have recalled that although the 'law of only yes is yes' does not clarify whether or not it should be applied to procedures in process or with a final sentence, the Criminal Code itself indicates that "those criminal laws that favor to the prisoner"

In the courts of Madrid, four sentences have been reviewed, to whose resolutions Europa Press has had access, in which they have finally reduced the prison sentence of those convicted. In one of the cases, the sentence imposed before the law was reduced by up to five years. In the other three, the sentences for those convicted were reduced by two years. In two cases they were released.

Legal sources have specified that the Madrid Provincial Court is facing dozens of sentence reviews. Therefore, the presidents of its fifteen criminal sections have agreed to meet on November 25 to "unify criteria."

The sources consulted have stressed that the conclave was already set prior to the controversy that arose because it is usual when there is a substantive legal change.

Among the cases of sentence reduction that Europa Press has been able to confirm, it is stated that the Superior Court of Justice (TSJ) of the Region of Murcia has confirmed a resolution of the Provincial Court that sentenced a defendant for an attempted sexual assault on a woman in July 2020.

The Murcian court, however, has modified the sentence imposed because it is "more favorable" for the prisoner to apply the 'law of only yes is yes'. Thus, it has reduced the sentence from 4 years and 6 months to 3 years and one day in prison.

As a result of the law promoted by Equality, the Provincial Court of the Balearic Islands has ordered the immediate release of two prisoners who were serving a sentence of three years in prison for two sexual assaults without penetration after reviewing the two cases.

For its part, in the Provincial Court of Ourense they have reviewed a sentence of 3 years and 6 months in prison imposed on the author of an attempted crime of sexual assault with carnal access. After the review, he has reduced the sentence to two and a half years in prison and has agreed to his release.

Likewise, the Galician Superior Court of Justice has reduced by two years the prison sentence imposed by the Provincial Court of A Coruña on a man who raped a woman he met through the Tinder social network in Cambre.

The legal sources consulted by Europa Press have also pointed out that four enforceable sentences on sexual crimes have been reviewed in the Provincial Court of Segovia and one of them has been modified.

In the same way, it is clear that the TSJ of Andalusia has dismissed an appeal and although they have confirmed the sentence of the Provincial Court of Granada, "by retroactive application of the current norm" they have reduced the prison sentence imposed. Thus, it has gone from 13 years, 6 months and 1 day to 11 years and 1 day.

This is the case of the order issued on November 7 by section 17 of the Provincial Court of Madrid, where the Supreme Court confirmed the sentence that convicted a man who abused a minor under 16 years of age. Finally, he has gone from 8 to 6 years in prison, although the magistrates emphasize that he is subject to an appeal before the Criminal Chamber of the Supreme Court.

Legal sources have specified to Europa Press that the Supreme Court would have to study the application of the law on a case-by-case basis, because the possibility of reaching non-jurisdictional agreements disappeared from the Organic Law of the Judiciary (LOPJ), so that the Chamber of TS Criminal Court could not hold the conclave announced by the Madrid Court for the 25th.

The sources consulted by Europa Press have specified that there are cases in which some courts have reviewed sentences and have not yet applied modifications.

In the Provincial Court of La Rioja, 54 sentences have already been reviewed after the entry into force of the 'law of only yes is yes' but so far none have been modified. Two requests for review have been received at the Cantabria Provincial Court, but they have not yet been resolved.

In other communities, such as Valencia, Extremadura or Galicia, for now there is no review, according to the sources consulted.

Apart from the revisions of sentences, after the entry into force of the new law the courts have also begun to hand down sentences related to cases of sexual abuse. So far, four cases have been reported.

According to sources consulted by Europa Press, this week the TSJ of Galicia has applied in a case the new penalties included in the 'law of only yes is yes'. In the Provincial Court of León, two trials have been held that have ended with sentences in which the law of comprehensive guarantee of sexual freedom has been applied.

For their part, in the Provincial Court of Barcelona they have handed down a sentence for a consummated crime of rape. The magistrates have warned that they have imposed a sentence of 3 years and 10 months in prison that could have reached 6 years if it were not for the law promoted by Equality.