The private prosecution warned that it could not be considered filed because there was a formal defect that could not be remedied. 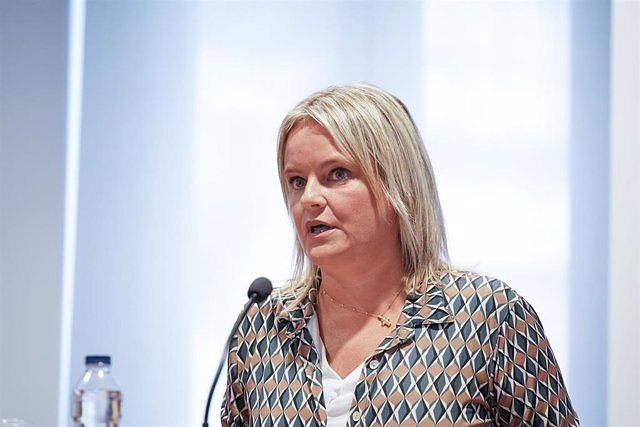 The private prosecution warned that it could not be considered filed because there was a formal defect that could not be remedied.

The judge of the National Court (AN) that is investigating the former leadership of ETA for its involvement in the kidnapping and murder of Miguel Ángel Blanco in 1997 has decided not to consider the appeal filed by the former ETA leader Ignacio Miguel Gracia as presented. Arregui, alias 'Iñaki de Rentería', against his accusation, when appreciating a formal defect that was revealed by the sister of the young PP councilor in Ermua.

In an order of this same Thursday, to which Europa Press has had access, the head of the Central Court of Instruction Number 6, Manuel García Castellón, estimates the appeal presented by the private prosecution exercised by Marimar Blanco, thus correcting a decision of the past 23 November where it was said that the challenge of 'Iñaki de Rentería' was considered presented.

Thus, the judge agrees "the reform of the order dated November 23, 2022 in the sense of inadmissible the appeal filed" by the former member of the executive committee of ETA or zuba.

Marimar Blanco warned, in an appeal signed by the lawyer Miguel Ángel Rodríguez Arias, that the challenge of Gracia Arregui before the Criminal Chamber of the AN could not be considered presented in "time and form" -as the ruling now amended-- because it had made a serious error that at this point is already irremediable.

As indicated, this error consisted in the fact that the defense of 'Iñaki de Rentería' did not comply with the "clear legal duty" of prior transfer of his appeal to the Marimar Blanco attorney, Elena Llarena, as established in the article 276 of the LEC.

The lawyer explained, citing numerous Supreme Court and Constitutional jurisprudence, that this is an irremediable defect because on November 18 the deadline to appeal García Castellón's decision to charge the former head of ETA expired and on the 29th the legally expired set to amend this procedural ruling.

Thus, he maintained that the appeal of 'Iñaki de Rentería' should be ignored and, consequently, the order of November 10 for which he was investigated should be considered final.

However, at the same time the instructor has admitted this Thursday the reform appeal of the ETA leader against the decision that García Castellón himself made in said order to reopen the case for Gracia Arregui.

García Castellón reopened the investigation into the kidnapping and murder of Miguel Ángel Blanco last March after admitting a Dignity and Justice complaint – also signed by Rodríguez Arias – that seeks to condemn those who formed the zuba when the crime was committed.

The file of the case for Gracia Arregui was appealed by the Prosecutor's Office, PP and Dignity and Justice, and García Castellón, in his order of November 10, estimated the first two appeals, and partially the third, reopening the investigations for 'Iñaki de Rentería '.

The magistrate accepted the thesis of the Public Ministry because he believes that it is not yet the opportune procedural moment to determine if the presumed crimes have prescribed, even pointing to the oral trial, although at the same time he pointed out that, in his opinion, they are not.

'Mikel Antza', 'Anboto' and 'Kantauri' have already testified before García Castellón, although the three accepted their right to remain silent, the last two arguing that France has not authorized their surrender for these events.

At the request of the instructor, the Civil Guard has already issued a report in which it holds the former ETA leaders responsible for the death of the young councilor because it considers that an order from them could have prevented it.

It should be remembered that, in the case of the murder of Blanco, the National Court already sentenced in 2006 to 50 years in prison the former ETA leader Francisco Javier García Gaztelu, 'Txapote', and his sentimental partner and member of ETA Irantzu Gallastegui, 'Amaia ', as material authors.

‹ ›
Keywords:
PPAudiencia NacionalCrímenesETASecuestro
Your comment has been forwarded to the administrator for approval.×
Warning! Will constitute a criminal offense, illegal, threatening, offensive, insulting and swearing, derogatory, defamatory, vulgar, pornographic, indecent, personality rights, damaging or similar nature in the nature of all kinds of financial content, legal, criminal and administrative responsibility for the content of the sender member / members are belong.
Related News