Abuín, after his trial for sexual assault: "There are people who have lied" 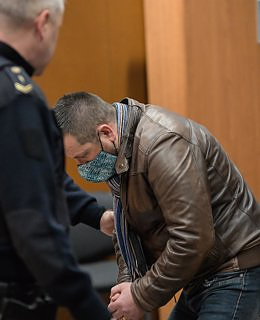 José Enrique Abuín, alias 'El Chicle', has assured, at the end of the trial held in the Provincial Court of A Coruña for the alleged sexual assault on his sister-in-law, in January 2005, that "there are people who have lied", in reference to the victim, witnesses and the Civil Guard.

It has done so by exercising the turn to speak in the last session of this trial that began on Tuesday. To justify his statement, he has invited "to look at certain social networks."

"Party images, dinners," he has indicated in reference to his sister-in-law. He has also alluded to "mobile phones" and to messages from her "that he sent us to meet her on her birthday at her apartment."

Along the same lines, he has assured that it is a "lie" that he belonged to a drug clan, after a Civil Guard agent assured that they knew him for engaging in small-scale drug trafficking, specifically for being the driver .

He also denied that his car could be "fostiado", in response to words expressed by the Prosecutor's Office and by the private prosecution on the day of the events.

‹ ›
Keywords:
Guardia CivilAbusos Sexuales
Your comment has been forwarded to the administrator for approval.×
Warning! Will constitute a criminal offense, illegal, threatening, offensive, insulting and swearing, derogatory, defamatory, vulgar, pornographic, indecent, personality rights, damaging or similar nature in the nature of all kinds of financial content, legal, criminal and administrative responsibility for the content of the sender member / members are belong.
Related News