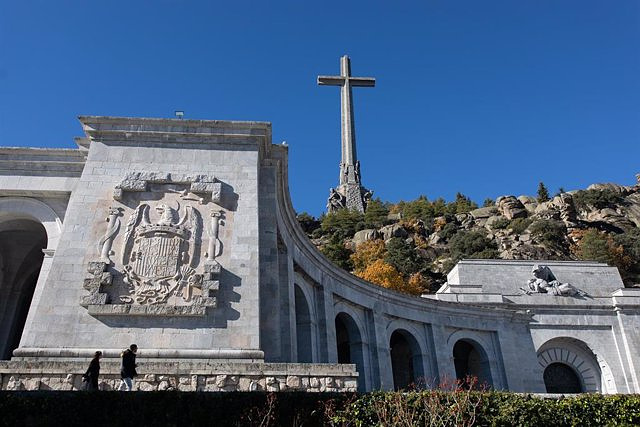 The judge of First Instance and Instruction number 5 of San Lorenzo de El Escorial has summoned the mayoress of the municipality, Carlota López Esteban, to declare that she is being investigated in the framework of the complaint presented by relatives of those buried in the Valley of the Fallen for their "refusal" to reactivate the works license that would allow access to the crypts to proceed with the exhumations.

In an order, to which Europa Press had access, the judge indicates the summons for next December 20 at 10:30 a.m. and requires the City Council to provide the paper file for evidence in the records within five business days .

A few weeks ago, the magistrate admitted the complaint, which was filed before another judge rejected in September the request of the State Attorney to execute the order that last June lifted the precautionary measures that paralyzed the exhumations.

This resolution agreed with the mayoress of San Lorenzo de El Escorial in her refusal to renew the building permit until there is a final ruling.

However, the judge who will decide on the complaint understands that "the facts present characteristics that make us presume the possible existence of a crime of administrative prevarication whose investigation corresponds to this judicial body, according to articles 14.2 and 15 of the Criminal Procedure Law".

The complainants consider that Carlota López Esteban had committed an alleged crime of prevarication by violating various judicial decisions and thereby "violating the reparation of the victims and the constitutional principle of the dignity of the people."

The criminal action is directed against Carlota López Esteban after she did not renew the permit to start access work to the remains despite the fact that last June the Superior Court of Justice of Madrid (TSJM) agreed to lift the precautionary measure that paralyzed the aforementioned planning license. This decision is pending appeal before the Supreme Court.

In a legal report, the City Council of the Madrid town claimed that until there is a final ruling it would not agree to the request to renew the permit, an extreme criticized by the relatives of those buried in the Valley for their lack of solidarity towards the victims.

The mayoress stated in a statement that the processing of any license is a regulated procedure subject to the pertinent technical and legal reports and, therefore, "completely outside the discretion of any elected office."

In the complaint, to which Europa Press had access, it is stated that all the elements of the alleged commission of a crime of prevarication "concur." The relatives argue that "the defendant has issued her refusal to reactivate the municipal license in the municipal plenary session, and in turn, is aware of the decision of the TSJ by which the suspension on said license that she herself granted was lifted, 12 months before".

In the facts, the lawyer for the families, the lawyer Eduardo Ranz Alonso, mentions the order, of March 30, 2016, ordered by the Court of First Instance number 2 of San Lorenzo de El Escorial that recognized the right to a decent burial of the Lapeña Manuel and Antonio-Ramiro brothers, a historic sentence that six years later has not been carried out.

‹ ›
Keywords:
Valle De Los Caídos
Your comment has been forwarded to the administrator for approval.×
Warning! Will constitute a criminal offense, illegal, threatening, offensive, insulting and swearing, derogatory, defamatory, vulgar, pornographic, indecent, personality rights, damaging or similar nature in the nature of all kinds of financial content, legal, criminal and administrative responsibility for the content of the sender member / members are belong.
Related News