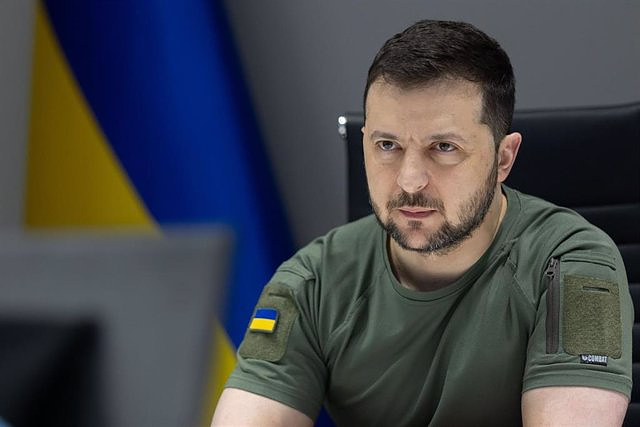 Ukrainian President Volodimir Zelensky has announced his intention to hold a direct talk with Chinese President Xi Jinping to ask him to use his influence over Russia to end the war.

This was confessed this Thursday in an interview with the Hong Kong newspaper 'South China Morning Post', in which he stated that his country also counts on China to join the rest of the Western powers in supporting the reconstruction of Ukraine.

"It is a very powerful state. It is a powerful economy. So it can influence Russia politically and economically. And China is (also) a permanent member of the UN Security Council," said Zelensky, who would have requested a conversation with Xi. since the first day of the Russian invasion, although he has had no response.

In this sense, the Ukrainian president has maintained that he expected "a different approach" from China in the face of the war --until now it has refrained from economically sanctioning Russia--, while at the same time expressing his willingness to strengthen bilateral relations between both States.

"The Russians are the invaders. This is a war on our soil. And China, as a big and powerful country, could put Russia (in) its place... Of course I would like China to review its attitude towards Russia," Zelensky said.

"I am sure that without the Chinese market for Russia, Russia would feel completely isolated economically," he said, adding that China could limit trade to the point that the Kremlin would be forced to end the war.

In 2021, both countries marked three decades of formal bilateral relations, according to data from the Embassy of Ukraine in China collected by the aforementioned newspaper.

‹ ›
Keywords:
ChinaRusiaUcraniaVolodimir Zelenski
Your comment has been forwarded to the administrator for approval.×
Warning! Will constitute a criminal offense, illegal, threatening, offensive, insulting and swearing, derogatory, defamatory, vulgar, pornographic, indecent, personality rights, damaging or similar nature in the nature of all kinds of financial content, legal, criminal and administrative responsibility for the content of the sender member / members are belong.
Related News