Russia assures that it will guarantee the safety of grain shipments from Ukraine. 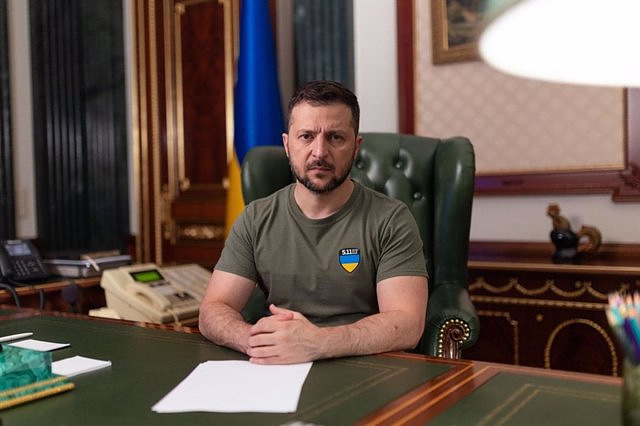 The Ukrainian president, Volodimir Zelensky, welcomed this Monday the departure from Ukraine of the first shipment of grain to Turkey, although he warned that "this is not the time to draw conclusions", calling for caution.

"As of now, this is not the time to draw conclusions and predict future events. But the port has started to function, export traffic has started, and this can be described as the first positive sign that there is a possibility of stop the development of the food crisis in the world", the Ukrainian president expressed in his daily message to the population of the country.

But despite the good news, Zelensky has warned that it is not a good idea "to be under the illusion that Russia will simply refrain from trying to interrupt Ukrainian exports."

"Russia knowingly caused famines in the countries of Africa and Asia, which traditionally imported large volumes of Ukrainian food. And now, in extreme heat this year in Europe, the threat of a price crisis and some food shortage is also present. for some European countries," added the President of Ukraine.

For this reason, he has urged to see how exports evolve and to assess whether there will really be security. "So far, 16 ships are waiting their turn to set sail. We are ready to make a proper contribution to the stabilization of the world food market," she added.

For his part, the head of Russian National Defense, Mikhail Mizintsev, assured on Monday that Russia "will guarantee the safety of grain shipments from Ukraine."

"Russia is taking all necessary measures to ensure the safety of civilian shipping and avoid provocations along the crossing route," said the representative of the Russian Defense Ministry, according to DPA.

In this sense, Mizintsev has detailed that the ships will be able to leave the ports of Odessa, Chornomorsk and Yuzhne daily from 8:00 a.m. to 7:00 p.m. (local time) and that Russia has enabled a corridor 139 kilometers long and three wide.

"However, the danger remains that Ukrainian mines will break loose from their moorings along the coast and drift," the Russian official said in a statement on the Russian Defense Ministry's Telegram channel.

‹ ›
Keywords:
TurquíaRusiaUcraniaVolodimir Zelenski
Your comment has been forwarded to the administrator for approval.×
Warning! Will constitute a criminal offense, illegal, threatening, offensive, insulting and swearing, derogatory, defamatory, vulgar, pornographic, indecent, personality rights, damaging or similar nature in the nature of all kinds of financial content, legal, criminal and administrative responsibility for the content of the sender member / members are belong.
Related News