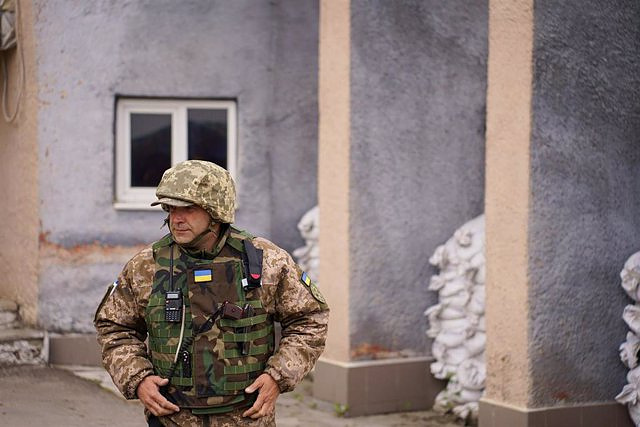 Ukrainian President Volodimir Zelenski announced on Sunday military advances in the Jershon region, the object of a counter-offensive by Ukrainian forces.

"The Ukrainian flags are returning to the places where they should be," Zelensky said after a new meeting with the military leadership, according to the Bloomberg news agency. "There is no room for squatters in our country," he stressed.

Zelenski appears to be referring thus to an image that has been widely circulated on social media of Ukrainian military personnel hoisting the country’s flag at a hospital ded Visokopillia, west of the Dnipro River, in the Jershon region.

The area was under Russian control since the beginning of the invasion, in February of this year, but this Sunday the 'number two' of Zelenski's office, Kirilo Timoshenko, published the photo of Visokopillia on Telegram.

In June, the recovery of this town by the Ukrainian forces was already reported, so the importance of the Ukrainian advances is not clear.

Ukrainian media have also reported the taking of Ozerne, in Donetsk, this Sunday, information that has not been confirmed by official channels.