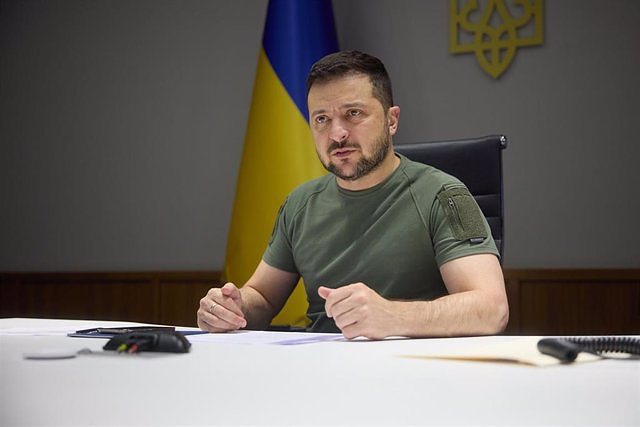 The president of Ukraine, Volodimir Zelenski, has assured that the decision of his Russian counterpart, Vladimir Putin, to mobilize 300,000 reservists shows that the Russian forces have a serious personnel problem.

"We already know that they have mobilized their cadets, boys who do not know how to fight. Those cadets have died. They have not even been able to complete their training," Zelenski told the newspaper 'Bild', in his first reaction after the call to ranks in Russia.

The Ukrainian president has stated that Russia would need a million-strong army to continue conquering territory, but its troops "keep fleeing."

In this sense, he has accused Putin of causing not only havoc in Ukraine, but also of causing the death of thousands of his soldiers. Russian Defense Minister Sergei Shoigu put the number of Russians killed in the war on Wednesday at about 6,000.

Regarding the threat launched by Putin in relation to the possible use of nuclear weapons, Zelensky trusts that it will come to nothing, since he believes that the international community will find a way to stop it if necessary.