Yolanda Díaz regrets the rejection of the constitutional reform in Chile: "It's a sad day" 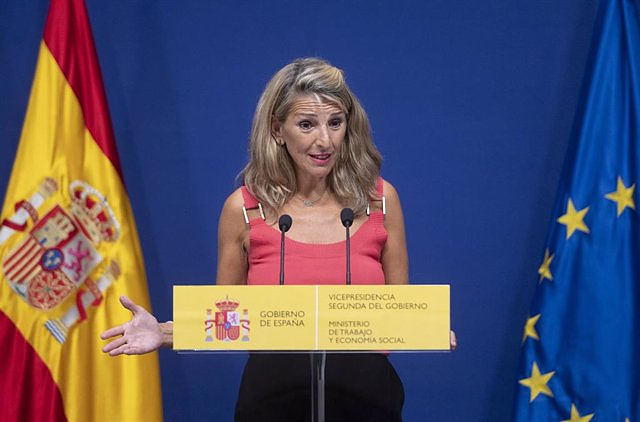 The Second Vice President of the Government and Minister of Labor and Social Economy, Yolanda Díaz, lamented this Monday the rejection of Chile in the referendum of the draft of a new constitution, after a vote in which a large majority has been imposed. "It's a sad day," she noted.

This is how the second vice president spoke through a message on the social network Twitter collected by Europa Press and in which she also stressed that, although it was a 'no', "Chilean citizens have given a lesson in democracy".

In addition, the head of Labor has transferred her "confidence" in the Chilean people and has indicated that she will achieve "through dialogue" advance in the constituent process.

In this sense, Yolanda Díaz has recalled that Chile "already changed", for which she has assured that "sooner rather than later, it will give itself a new Constitution".

The Electoral Service of Chile (Servel) has reported that, according to preliminary data, the 'rejection' of the referendum on the draft of a new Constitution has been imposed with 61.87 percent of the votes -almost 7.9 million--, compared to to 38.13 percent of the ballots --just over 4.8 million--.

‹ ›
Keywords:
ChileYolanda Díaz
Your comment has been forwarded to the administrator for approval.×
Warning! Will constitute a criminal offense, illegal, threatening, offensive, insulting and swearing, derogatory, defamatory, vulgar, pornographic, indecent, personality rights, damaging or similar nature in the nature of all kinds of financial content, legal, criminal and administrative responsibility for the content of the sender member / members are belong.
Related News