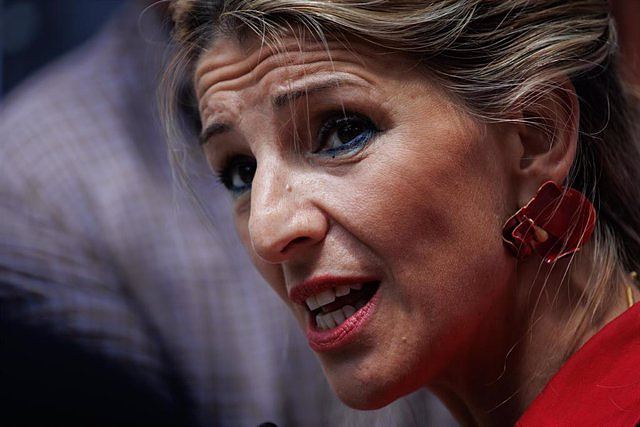 The second vice-president, Yolanda Díaz, has affirmed that she is "very clear" that the criminal concept of the crimes of sedition and rebellion in Spain "does not have legal accommodation or harmonization" with the European framework and that her parliamentary group, United We Can, has already clearly called for its reform.

However, he has detailed that he is not going to comment at the moment on the future legislative reforms that occur in the framework of the dialogue table on Catalonia, given that they must be negotiated and finalized between the State Executive and the Government.

That yes, the also head of Labor has indicated, in statements to RNE collected by Europa Press, that there are legislative projects that are key and that have a structural nature, as is the case of the repeal of the 'Gag' Law.

In turn, he stressed that the dialogue table that was deployed yesterday, and in which he participated as a member of the coalition government, was "positive" for Spain and Catalonia, with a specific consensus for constitutional respect for multilingualism and that commitment for the judicialization.

And it is that he has defended that "there is no better tool for political problems" than "dialogue", to reproach the PP for resorting to a judicial process, which could have been "profitable" in terms of "situation" but then they are "a disaster" and a "mistake".

"Spain is a wonderful country and I want Catalonia inside", the leader of United We Can in the Executive has proclaimed to emphasize that this conflict "should never have happened".