Xavi: "We lacked peace of mind, expectations weighed on us" 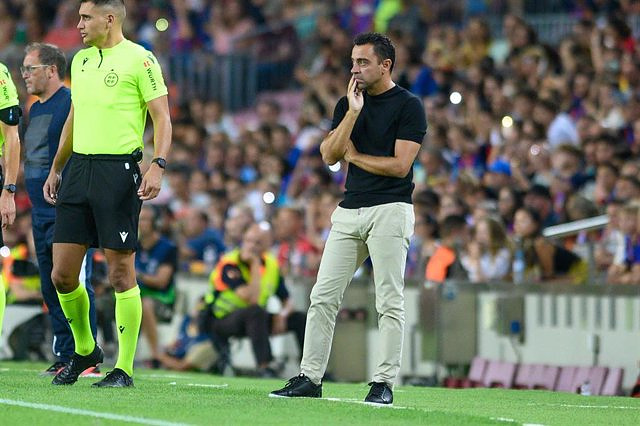 The Barça coach, Xavi Hernández, explained that "the expectations" generated by looking for an explanation for the draw (0-0) this Saturday against Rayo Vallecano on the first day of LaLiga Santander weighed, with a certain "anxiety" and lack of effectiveness .

The Barça coach confessed his disappointment at not adding the victory after the illusion generated in preseason and the many good signings. "It's a disappointment, the expectations generated have also been exceeded a bit, it makes the player more rigid, there was anxiety," he said.

"This draw is insufficient but it's football, it can happen. The season is about winning titles and the process will remain the same. Believing in the game model, we have to change performance. To find some extra explanation, we have lacked game, but we have lacked some peace of mind, expectations have weighed on us, we accept them and it is better that way. I am looking for explanations, not excuses. Better this expectation than last year, "he added.

Xavi, who insisted on asking for the measure to control the effective time in football, regretted not having scored a goal even if it was a rebound. "We have to keep reinforcing ourselves but we don't have to look for excuses, we haven't played a good game, we've been bad at making decisions. They've defended well, it's a team that worked very well. A goal didn't go in, even if it was a rebound," he said.

In addition, the culé coach explained that both Pedri and Kessié have nothing despite suffering physical discomfort and assessed the situation of a Frenkie de Jong who entered the second half with great attitude and game. "He is not a substitute, he is an important player. It will be important if he is with us, even more so with this attitude, I don't know what will happen," he said.

"We came with a very good feeling, but you can't be defeatist. We have to continue. On Sunday we have another war on the Real field," he concluded.