Xavi: "No misfortune has happened and it was the most important thing, a life is above football" 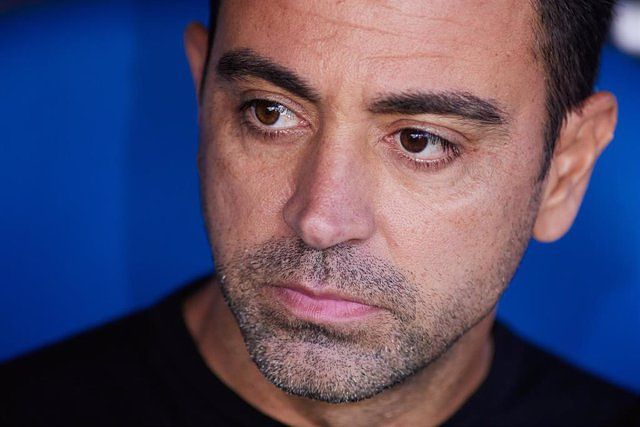 The coach of FC Barcelona, ​​Xavi Hernández, pointed out this Saturday that "the most important thing" was that "no misfortune" happen to the fan who suffered a health problem in the stands of the Nuevo Mirandilla, which forced the match to be stopped in Cádiz and Barça, because "the life of a human being is above football".

"It's a human life, we were all waiting for it to be revived. No misfortune has happened and it was the most important thing, the life of a human being is above football," said the coach at the press conference after the victory (0-4) against Cádiz on matchday five of LaLiga Santander.

In the 82nd minute of the match between both teams, the game was stopped at the Nuevo Mirandilla, due to a health problem of a fan in the stands. The medical team was treating the person, who needed a defibrillator, transferred by the Cádiz goalkeeper Jeremías Ledesma. An "accidental" and "atypical" situation for Xavi.

"Information reached us... In the end it was possible to revive and football is below any human being. All three parties agreed to resume the game. It is an atypical situation, it is a human life and we have to be above of all this. We wish him to recover as soon as possible," he explained.

The Barça coach insisted that they only wanted "that they revive the man and not have a misfortune happen." "We have asked the referee what happened in case it happened, luckily nothing has happened. If something had happened, we would have suspended the game. The referee has been sensational, there has been no problem to resume, it was a matter of sense common", praised the management of the collegiate.

Asked about the game, Xavi applauded the performance of the nine players who started as starters and were not last Wednesday in the Champions League against Viktoria Plzn. "They have been very good, this will be a trend during the season, playing every three days it is important to be at an important physical level. Even if it had not been Bayern, we would have done the same", explained the coach, about the next European match against Germans.

"We have not generated as much as we expected, and in these games the key is to open the can. If Raphinha's does not go to the post and enters, the film changes. Then he enters the anxiety and everything is complicated, but we have worn them down, we have had patience We need to understand a bit when we have to try the last pass, we're happy with the result, it wasn't an excellent game, but we're happy", he added.

Finally, he stressed that they were "fair winners" of the match, due to their superiority over the rival. "Cádiz made it difficult for us with set pieces, we had talked that if we got ahead soon it would be easier, but we were superior. In the first half we weren't very good, but I think that in general we didn't play badly. The second half was a lot better and when he scored it was different. I'm very happy with all the players", he concluded.