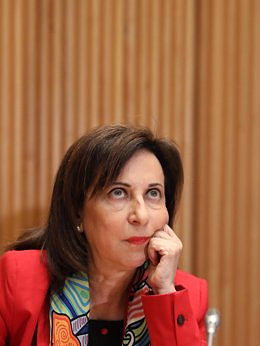 Vox wants the Government to have to give explanations in Congress about the "withdrawal" of agents from the National Intelligence Center (CNI) of Catalonia, the Basque Country and Navarra, and how this is going to affect the fight against terrorism and national security .

Specifically, the party led by Santiago Abascal demands that the Minister of Defense, Margarita Robles, appear in parliament; the Interior, Fernando Grande Marlaska; and the director of the National Intelligence Center (CNI), Esperanza Casteleiro.

But in addition, Vox calls on the Government to urgently convene the National Security Council to analyze the situation in which Catalonia and the Basque Country are left and to adopt measures "with the aim of dealing with the current situation of vulnerability with guarantees."

The formation claims the need to adopt "as many initiatives as necessary" to put an end to "the policies that put Spain's sovereignty, unity and very survival at risk."

As he recalls, it is the responsibility of the National Security Council "to direct and coordinate the actions of managing crisis situations", something that he maintains would be necessary in the case of the withdrawal of intelligence troops from the Basque Country to investigate terrorist groups and from Catalonia to follow the independence threats.

"Despite the Government's position on the presumed disappearance of the terrorist group ETA or the inexistence of risk of the rupture of the unity of Spain due to coups d'état in Catalonia, the truth is that separatist activities continue to be carried out with total impunity", denounces Vox.

In this sense, he links the decision on the CNI troops to the "parliamentary weakness" of the Executive and its support both in Bildu and in independence parties. "We are in the presence of a new cession of the Government to radical separatism that seriously jeopardizes the very continuity of Spain with the sole objective of maintaining the current Executive," he warns.

‹ ›
Keywords:
CNICongreso De Los DiputadosMarlaskaVOX
Your comment has been forwarded to the administrator for approval.×
Warning! Will constitute a criminal offense, illegal, threatening, offensive, insulting and swearing, derogatory, defamatory, vulgar, pornographic, indecent, personality rights, damaging or similar nature in the nature of all kinds of financial content, legal, criminal and administrative responsibility for the content of the sender member / members are belong.
Related News