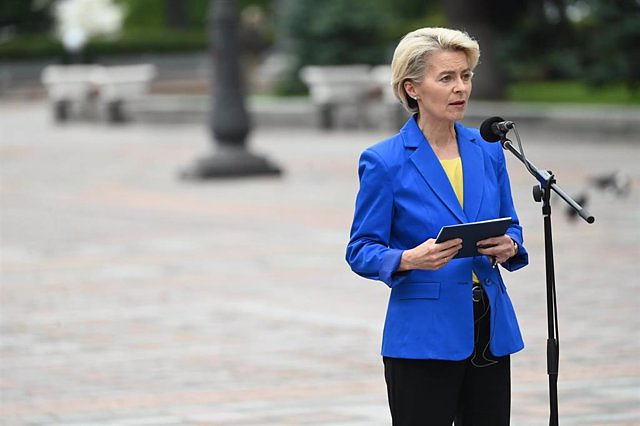 The president of the European Commission, Ursula von der Leyen, has opted this Wednesday to impose new sanctions against Russia after the new maneuvers by Moscow and in view of the effectiveness of those already applied so far.

"The sanctions have been very effective," said Von der Leyen during an interview for CNN in New York, where the president of the European Commission is in the framework of the 77th United Nations General Assembly.

Thus, Von der Leyen has stressed the difficulties Russia faces in overcoming the measures imposed by the European Union in relation to "replenishing its Armed Forces" due to the sanctions applied to the supply of semiconductors.

On the other hand, he has responded to the decision of Russian President Vladimir Putin to order the "partial mobilization" of his reservists, a measure that he sees as a "show of weakness" by the president.

"He is trying to mobilize less trained personnel, with less experience and less motivation," Von der Leyen has criticized.

‹ ›
Keywords:
Comisión EuropeaRusiaUcraniaUrsula Von Der Leyen
Your comment has been forwarded to the administrator for approval.×
Warning! Will constitute a criminal offense, illegal, threatening, offensive, insulting and swearing, derogatory, defamatory, vulgar, pornographic, indecent, personality rights, damaging or similar nature in the nature of all kinds of financial content, legal, criminal and administrative responsibility for the content of the sender member / members are belong.
Related News