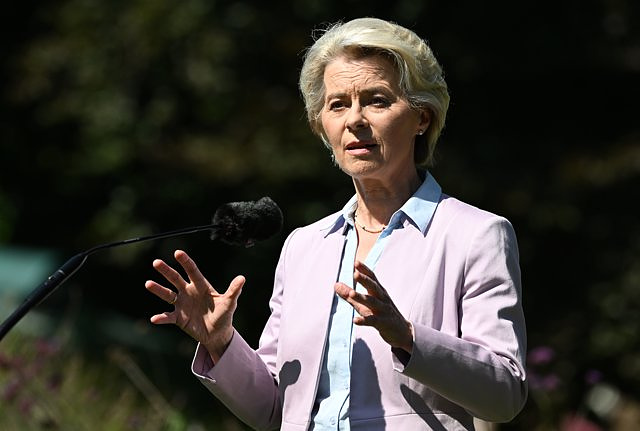 The President of the European Commission, Ursula von der Leyen, presented this Wednesday her proposal to the European governments to reduce energy consumption and contain the rise in prices that includes, as she already stated, limiting the price of Russian gas but also a Solidarity tax for large European energy companies that will be redirected to vulnerable companies and households.

"We are facing an extraordinary situation because Russia is not a trustworthy supplier and manipulates the energy markets," said Von der Leyen in an appearance before the press in Brussels to present the main lines of a proposal that the Twenty-seven will discuss in a extraordinary meeting of energy ministers on Friday.

The head of the Community Executive has insisted that Vladimir Putin's regime uses energy to "blackmail" Europeans and has defended the "unity" and "solidarity" with which the Member States have faced the situation from the beginning of the invasion of Ukraine six months ago.

Another of the keys to the Brussels proposal aims to contain the peaks that determine the price of electricity, for which Von der Leyen has requested a mandatory objective of reducing electricity consumption at peak hours. "We need an intelligent reduction in demand", said the German politician, after evoking the "global energy shortage".

‹ ›
Keywords:
Comisión EuropeaUrsula Von Der Leyen
Your comment has been forwarded to the administrator for approval.×
Warning! Will constitute a criminal offense, illegal, threatening, offensive, insulting and swearing, derogatory, defamatory, vulgar, pornographic, indecent, personality rights, damaging or similar nature in the nature of all kinds of financial content, legal, criminal and administrative responsibility for the content of the sender member / members are belong.
Related News