Vinicius and the challenge of confirming his explosion 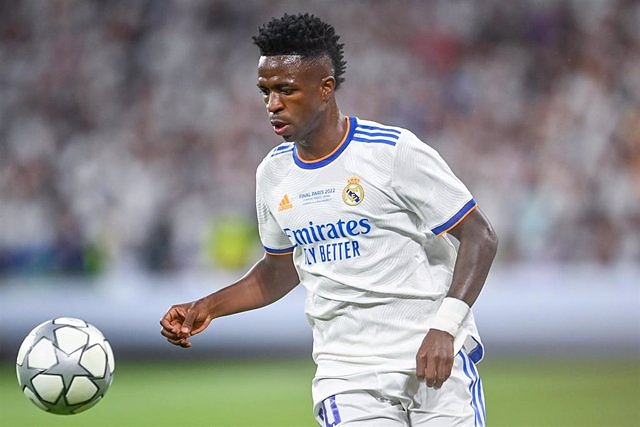 The progression of Vinicius Júnior at Real Madrid, since he signed for the white club four years ago, has been meteoric and now he faces a new course, already without the promise sign and with the complicated challenge of confirming himself and establishing himself among the best players in the world, maintaining and even improving the great level he showed last season, at only 22 years old and after some difficult first years.

The Brazilian has known how to be patient and work on his weak points to succeed in the merengue team, where he is now a fixture for the now Madrid coach, Carlo Ancelotti. From less to more since he started in Second Division B with Real Madrid Castilla -a mission that was too small for him, he only played five games with the subsidiary-, his numbers in 2021-2022 confirmed that Vinicius has the wood and level to be among the best of the world.

The carioca played a total of 52 games with the white club last year -he only missed four throughout the season-, producing, among all competitions, 42 goals for his team, thanks to his 22 goals and 20 assists. Data that shows his influence in the game and the responsibility that he has been taking over as the campaign progressed.

Those figures show that Vinicius needed time and confidence. Thus, his great last season ended with the criticism that accused him of a lack of aim, making wrong decisions in the final meters and other mistakes that went hand in hand with his young age when he signed for Real Madrid -18 years-. Even so, in his first year in the first team, the first without Cristiano Ronaldo and without titles, he played 31 games, scored 4 goals and distributed 12 assists. Santiago Solari gave him the confidence that Julen Lopetegui denied him, but an injury in March cut short the end of the campaign.

Already in his second season his weight grew, reaching the important figure of 38 games played, although without the full confidence of Zinédine Zidane, who did not even give him minutes in the return leg against Manchester City in the Champions League, for the 2020-2021 and to acquire the role of starter or first replacement from the bench, accompanied by a physical state like that of few, and with hardly any injuries.

To his main qualities of speed, power and dribbling, the only thing missing was adding the goal and the assists, which did arrive last season, establishing the Brazilian as the star of the present and future of a Real Madrid team that has also supported him and helped him in his progression.

Vinicius's explosion with the white shirt has gone hand in hand with an improvement in the team, winning titles and increasing its relevance on the continent, which has reached its peak with last season's double. A squad full of stars and footballers who have won everything has favored the eruption of the Brazilian, who has also had the Frenchman and captain of Real Madrid, Karim Benzema, as his main partner.

The Vinicius-Bezema binomial has been one of the best news for merengues in recent years. Between the two, the white team has added 66 goals and 35 assists. But this strong bond is much more than figures, since both have shown that they understand each other perfectly both on and off the pitch, in a kind of father-son relationship, in which the white '9' plays a crucial role to 'protect' and guide the carioca in his ascent.

And at Real Madrid they want this growth to continue and for Vinicius to establish himself as one of the biggest stars in world football, along with other youngsters such as Kylian Mbappé or Erling Haaland. The entire Madrid parish hopes that the eruption of the 'Vinicius volcano' is not the result of chance and lasts for years.

Thus, 2022-2023 may be the key season to hold on tight and not let go of the difficult but relevant role of starter in a Real Madrid that has not been reinforced, for the moment, in the offensive plot, and that hopes not to have so much dependence of his captain and his winger.

In addition, it will have the incentive of the World Cup in Qatar, for which Brazil is one of the great favorites to lift the trophy. Vinicius does not have a fixed spot in the eleven of the 'Canarinha', but his end of the season, in which he has been the protagonist in all the important moments of Real Madrid -such as his goal in the Champions League final-, is a great reason to think that the carioca can be a key player in the next great national team tournament. A star like Neymar and the thriving Raphinha are his rivals to gain a foothold with Tite.