Osasuna continues the idyll with El Sadar against Rayo. 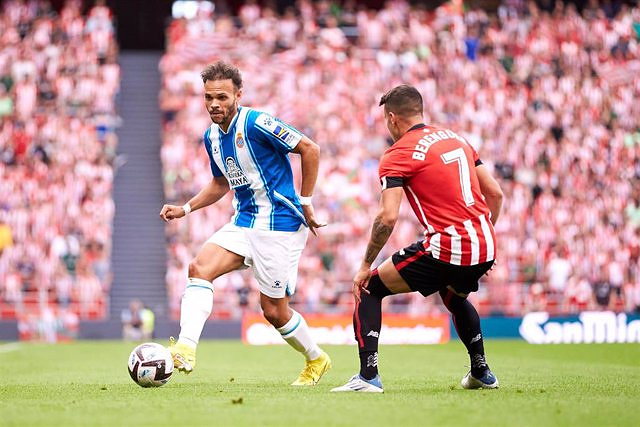 Osasuna continues the idyll with El Sadar against Rayo

Villarreal defeated Elche (4-0) this Sunday in the fourth round of LaLiga Santander, to place third in the table, while Osasuna is fifth with the punch and young talent that he showed in the 2-1 against Rayo and Braithwaite He made his big debut with Espanyol, scoring the winning goal against Athletic Club.

The 'submarine' left an exhibition against Elche, at his temporary home in the City of Valencia. A comfortable win that started Gerard Moreno, who begins to get the best version of him, and followed by Lo Celso who arrived late but has not needed adaptation remembering what he learned last year. Elche was harmless and goalkeeper Edgar Badia was the best of his team despite the result.

The work that Villarreal gave him surpassed a team from Elche that, when they had the ball, did not manage to create any danger either. Forced by the point in the table and the 2-0 on the scoreboard, Francisco's team gained prominence but not near the rival area with the yellows comfortable in their retreat. Emery's men sentenced Coquelin and Morales at the end, three points to be third (10), tied with second, two points behind leader Real Madrid.

In addition, another proper name on Sunday was that of Martin Braithwaite, the last 'parrot' signing who gave his team the first victory in the 83rd minute (0-1). The former Barça player resolved a disputed duel, with Athletic better in the first half but without success in Iñaki Williams or Berenguer, who burst the crossbar in a foul on the edge of half-time.

After the restart, Espanyol came back better, with a good reference in Joselu and nullifying the depth of the Basques. Braithwaite was the one who won the battle in a well-fought long ball that knocked down San Mamés for the first time this season and got Diego Martínez's men out of the losing streak at the Cathedral.

Meanwhile, Osasuna added nine of nine at home thanks to Aimar Oroz and Rubén García, who culminated the two great goals that allowed the 'rojillos' to start this campaign strongly. The youth squad Oroz was once again decisive for the team from Arrasate with the 1-0 in a touch of quality that opened hostilities after a lot of intensity.

Rayo reacted, had their disagreement with the VAR and ended up drawing with Lejeune. The Madrid team began to take the point for granted while El Sadar asked for the last push. Abde responded to the call just after entering the field, another youngster who promises in the 'rojillos' arrived at the last minute of the market from Barça, to give the goal to Rubén García in the 90' ​​that unleashed the euphoria and left the Vallecanos in four points.

‹ ›
Keywords:
ElcheRCD EspanyolOsasuna
Your comment has been forwarded to the administrator for approval.×
Warning! Will constitute a criminal offense, illegal, threatening, offensive, insulting and swearing, derogatory, defamatory, vulgar, pornographic, indecent, personality rights, damaging or similar nature in the nature of all kinds of financial content, legal, criminal and administrative responsibility for the content of the sender member / members are belong.
Related News