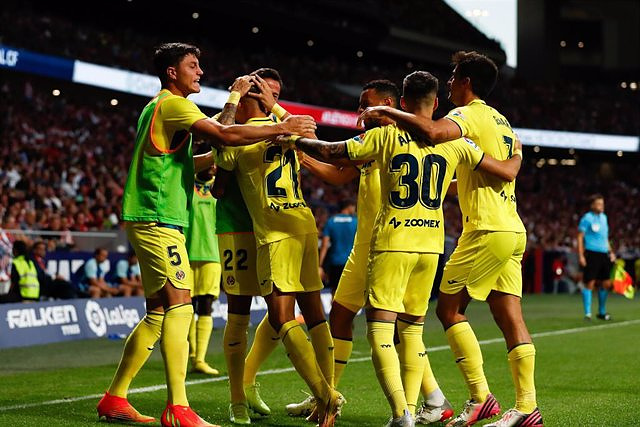 Villarreal, in the Valencian Community derby against Elche (6:30 p.m.), and Athletic Club, which hosts RCD Espanyol in San Mamés (4:15 p.m.), will try to remain undefeated on matchday four of LaLiga Santander, in the that Valencia, with Edinson Cavani in the chamber, hopes to take flight against a Getafe that has not yet won (9:00 p.m.) and in which Osasuna and Rayo Vallecano are eager to forget their latest defeats.

In their first meeting at the Ciutat de València, their 'home' during the works at the Estadio de la Cerámica, the people from Castellón want to leave behind the tie from last day in Getafe (0-0), which put a stop to the good progress of the team after the wins against Real Valladolid (0-3) and Atlético de Madrid (0-2), both also away.

At the moment they are, together with Athletic, the only team that has not conceded at the start of the season, a circumstance that they have achieved for the first time in their history and that they will try to maintain against an Elche team that has only scored one goal in their first three games . Unai Emery will have to add to the casualties of Arnaut Danjuma and Alberto Moreno that of Juan Foyth, who injured his knee in the duel against the azulones.

Meanwhile, the team from Elche has not yet won this campaign and the outlook, with duels against Athletic and FC Barcelona in the coming weeks, is not expected to be very encouraging. After losing 3-0 to Real Betis in their last away game, Francisco's men couldn't win at the Martínez Valero either, with a draw against Almería (1-1) and a defeat last week against Real Sociedad ( 0-1).

Without the injured Pol Lirola, Jony Álamo and Gonzalo Verdú and Fidel's doubts, the franjiverde team will fight to get their first away win over the 'Yellow Submarine' since the 2012-13 season, with both in Second Division.

For its part, Athletic Club, undefeated and undefeated, are looking for their third consecutive victory against Espanyol with an atmosphere made difficult by the 'RdT case', which finally failed to leave the Blue and White team at the end of the summer market.

The team from Bilbao (7) only gave up points in their debut against Mallorca (0-0), where they kept their door empty as in the wins against Valencia (1-0) and Cádiz (0-4). Ernesto Valverde will have to deal with the absences of Yuri Berchiche, Mikel Balenziaga and Julen Agirrezabala, to which could be added that of Iñaki Williams, who holds the record for consecutive games in LaLiga (236) and who is suffering from discomfort due to a sprained ankle suffered in the New Miranda.

The parakeets, meanwhile, have only added one point in the league start, the one achieved in the discount against Celta (2-2) in their debut at Balaídos. Subsequently, they fell to both Rayo (0-2) and Real Madrid (1-3), a bad run that Diego Martínez will have to correct, who will also have to face the 'problem' due to the continuity of Raúl de Tomás, who a priori does not count in their plans.

In Mestalla, Edinson Cavani has arrived to resurrect the hope of a Valencia that has only signed three points of the first possible nine. Without key men like Gonçalo Guedes or Carlos Soler, who said goodbye to Mestalla in the summer, the Uruguayan seems called to lift the spirits of Gennaro Gattuso's men, although he may not yet have minutes against Getafe.

The 'che' team beat Girona (1-0) in its debut, but fell by the minimum against Athletic and Atlético. Now he will try to break the streak against the Azulones, who have not won a victory at this start of the season either.

With six goals conceded and only one for, they conceded defeats against Diego Pablo Simeone's (0-3) and Valverde's (3-1), but managed to interrupt the bad path by saving a draw against Villarreal at home last season day (0-0).

In the opening match of Sunday's session at El Sadar, Osasuna and Rayo Vallecano hope to recover the good feelings of the first two matches of the domestic competition after stumbling on the last day.

The Navarrese surprised Sevilla (2-1) and also defeated Cádiz (2-0), but in their first away game they lost to Real Betis (1-0). The Rayista team, meanwhile, took a point from a complicated arena like the Camp Nou (0-0) and added three other points in Barcelona against Espanyol (0-2), but Mallorca (0-2 ) brought him to his knees.

Neither Rubén Peña nor Kike Saverio will be at the disposal of Jagoba Arrasate, while Andoni Iraola, already with the frustrated signing of Raúl de Tomás forgotten, will have the losses of Andrés Martín and Diego López and the doubt of Isi.

‹ ›
Keywords:
ElcheRCD EspanyolOsasuna
Your comment has been forwarded to the administrator for approval.×
Warning! Will constitute a criminal offense, illegal, threatening, offensive, insulting and swearing, derogatory, defamatory, vulgar, pornographic, indecent, personality rights, damaging or similar nature in the nature of all kinds of financial content, legal, criminal and administrative responsibility for the content of the sender member / members are belong.
Related News