He sees it unfair that the PNV affirms that the presidency of the Lower House does not take these episodes seriously. 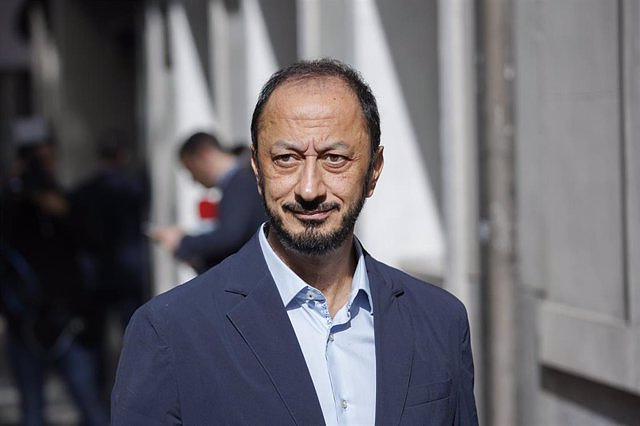 The first vice president of Congress and PSOE deputy, Alfonso Rodríguez Gómez de Celis, criticized this Thursday that Vox seeks to attract attention in Parliament by "saying barbaric things", in reaction to the anger that took place yesterday in Congress after a deputy from Vox that the merit of the Minister of Equality, Irene Montero, is "having studied in depth" her partner, Pablo Iglesias.

Gómez de Celis, who presided over the Plenary at the time the fight began, has indicated that what he experienced on Wednesday in Congress was "very sad" and does not correspond to reality, because throughout the long day there was a " normal debate", with some "harsh" interventions, "but never from disrespect".

For the first vice president of the Lower House, the parliamentary debate on the Budgets proceeded normally until Vox deputy Carla Toscano made a reference from the rostrum -when criticizing the 'only yes is yes' law- to the relationship between the Minister of Equality and the former leader of Podemos.

Toscano assured that you have to have a face "made of reinforced concrete" to qualify the judges as macho when the "only merit" of the minister is "having studied Iglesias in depth."

Gómez de Celis has denounced in statements to RNE, collected by Europa Press, that "always" there is "some deputy who tries to say the fattest nonsense to attract attention", thus seeking "a headline, an appearance in the tweet and in the video of the social networks as beautiful as possible for its followers".

Asked about the fact that the PNV spokesman, Aitor Esteban, has urged the Congress presidency from Twitter to "assert himself and carry out his work", Gómez de Celis has considered the tweet "very unfair" and has explained that the regulation establishes that he has to call a deputy to order three times before proceeding to expel him.

The vice president of the Lower House recalled that he already expelled a Vox deputy for calling a PSOE parliamentarian a "witch", as well as that the president of Congress, Meritxell Batet, did the same with Macarena Olona when she was still in office Abascal party.

After Toscano's words, the vice president first chose to allow the deputies to express themselves and then intervened to call it to order and announce that this expression would be withdrawn from the Record of Sessions, but Irene Montero took the floor to ask that it not be removed and thus leave proof of the "political violence" of Vox.

‹ ›
Keywords:
Pablo IglesiasPSOEIrene MonteroVOX
Your comment has been forwarded to the administrator for approval.×
Warning! Will constitute a criminal offense, illegal, threatening, offensive, insulting and swearing, derogatory, defamatory, vulgar, pornographic, indecent, personality rights, damaging or similar nature in the nature of all kinds of financial content, legal, criminal and administrative responsibility for the content of the sender member / members are belong.
Related News