He is in Interpol facilities until they decide to which prison they transfer him. 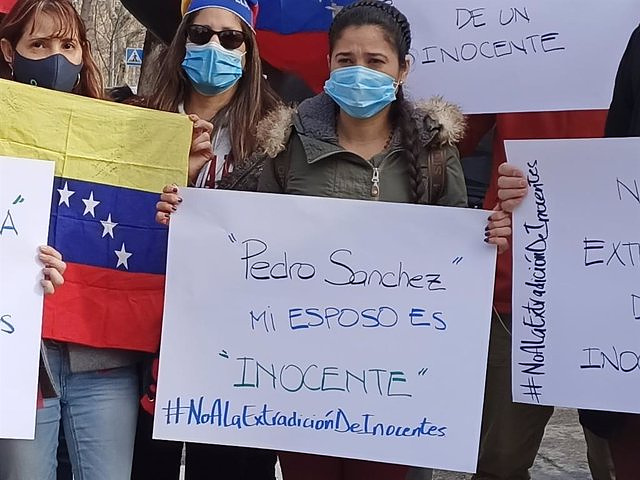 The Venezuelan opponent Ernesto Quintero has been delivered by Spain this Thursday to Venezuela after more than a year in prison in the Madrid prison of Soto del Real, where he has been provisionally because the Caracas authorities claim him for fraud, an alleged crime of which he pleads not guilty.

Legal sources have indicated to Europa Press that Quintero was extradited yesterday by plane from Madrid to Caracas and that at the moment he is in Interpol's offices in the Venezuelan capital until they decide which prison to transfer him to.

This Monday, the National Court (AN), through its Contentious-Administrative Chamber, rejected the last attempt of its lawyers to stop the extradition, agreed in February 2021 by the Council of Ministers. Last week, Quintero's defense called for a suspension of the handover due to the "danger" and the "damage" that being handed over would entail both for him and for his family.

Quintero was arrested in Madrid on February 10, 2021, after both the Spanish Government and the National Court accepted the extradition request from the Venezuelan authorities, who accuse him of being part of the leadership of a currency exchange agency that would have swindled 40 million dollars.

Since that date, Quintero has been imprisoned waiting for Spain and Venezuela to agree on his delivery date, as established in the bilateral agreement on extraditions. Initially, it was scheduled to be delivered on February 12, but it was suspended due to complications related to the pandemic.

This June, the Venezuelan Ministry of People's Power for Internal Relations, Justice and Peace, through Interpol and the Embassy of the Bolivarian Republic in Madrid, proposed to the Spanish Government to finally complete the extradition of the person sought between 11 and 14 July, as has ended up happening.

The National High Court dismissed Quintero's last request because the Litigation Chamber lacked jurisdiction to annul both the agreement of the Council of Ministers and the resolution of the AN Criminal Chamber and its Plenary, who agreed to hand over Quintero to Venezuela to be tried for the alleged crimes of continued fraud, appropriation of funds and securities, money laundering and criminal association.

"Consequently, the precautionary suspension is not appropriate" because "we understand that what is ultimately intended with this request is that this Chamber proceed to review the content of what was resolved by it," the Contentious magistrates point out.

Quintero's defense argues that the reason Caracas used to demand his extradition "is not only completely false, but also hides the political motivation, already alleged on many occasions, regarding the political persecution declared by the Venezuelan attorney general. against the brokerage firms and their workers", considering them "related to a capitalist ideology", opposed to the regime and "persecuted" by it.

His lawyers reiterate that the opposition's relationship with the company where he worked was one of "absolute subordination", with "merely administrative functions always carried out under the immediate supervision of the company's president, held by Enrique Auvert", which in a judicial statement loaned in Venezuela said that "Quintero did not have the capacity to commit the criminal offenses set forth in the arrest warrant against him."

"The requesting authorities deserve no courtesy," because those who request extradition, they explain, are the president of the Supreme Court of Justice and the attorney general of Venezuela, Mikel Moreno and Tarek William Saab, respectively, sanctioned by the European Union for violations of the Human rights.

His defense claims that the extradition should have been suspended pending the decision of the European Court of Human Rights (ECHR) for the lawsuit they filed on May 24 for alleged violation of fundamental rights.

They also put on the table that the Congress of Deputies has recently approved a PP initiative as a non-law proposal to "suspend extraditions and urgently grant asylum for humanitarian reasons" both to Quintero and to fellow Venezuelan opponent Rolando Figueroa, to the that he considers "persecuted in his country because of his political commitment".

‹ ›
Keywords:
VenezuelaCrímenes
Your comment has been forwarded to the administrator for approval.×
Warning! Will constitute a criminal offense, illegal, threatening, offensive, insulting and swearing, derogatory, defamatory, vulgar, pornographic, indecent, personality rights, damaging or similar nature in the nature of all kinds of financial content, legal, criminal and administrative responsibility for the content of the sender member / members are belong.
Related News