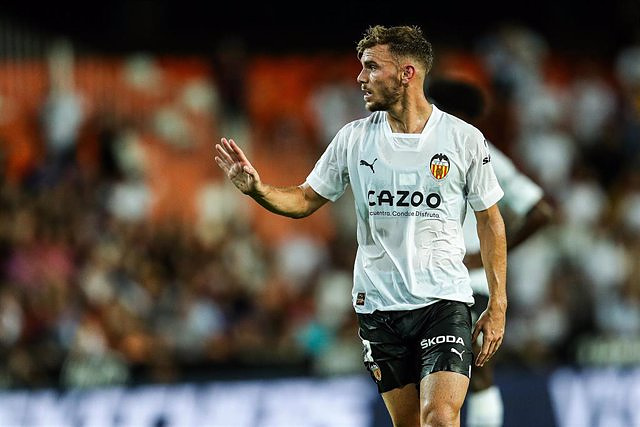 Valencia thrashed (5-1) a Getafe that entered very badly in the match held this Sunday in Mestalla, in a fourth day of LaLiga Santander that gave a good boost to the locals and left the Madrid team penultimate in the table.

Gennaro Gattuso's team entered with punch and intensity, going over a rival who threw everything prepared on the ground in the first 15 minutes, when Valencia was already winning 3-0. After two defeats, the 'che' team adds up to three again, while Quique Sánchez Flores' team are down with one.

A great goal from Lato, celebrating his captain's armband, opened the party at Mestalla after seven minutes, without giving time to nostalgia for Carlos Soler, sold to PSG. Lino followed with another great goal and the blue shit was finished off by Samu Castillejo.

Marcos André's injury spoiled the festive atmosphere, although Getafe didn't seem to want to bother. Yunus Musah, Guillamón and Nico dominated a rival who, despite the change of system and players after the break, did not change the script of the game.

Valencia moved placidly on the pitch, coming out of the pressure without a problem, with the desperation of the visiting attackers, unable to smell the ball. Getafe, with Quique sanctioned in the stands, chased shadows until he threw in the towel.

David Soria did not get rid of the weak game and the fourth and fifth of the night arrived, through Nico and Hugo Duro. Gastón did the visiting honor, in a final that ended with a sending off by side, Moriba and Arambarri, and a penalty by Foulquier against Valencia that the referee was encouraged to correct in the VAR.