US urges Israel to conduct investigation into possible civilian deaths 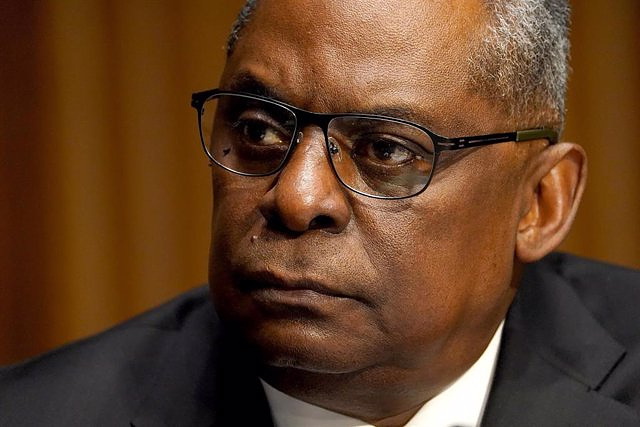 The Secretary of Defense of the United States, Lloyd Austin, has urged his Israeli counterpart, Benny Gantz, to carry out an investigation to clarify the possible death of civilians after the bombings in the Gaza Strip.

"Secretary Austin has urged action to de-escalate. He has also expressed concern about reports of civilian deaths and has called for a timely and thorough investigation of any civilian casualties," reads a statement shared by the Department of Defense. American defense.

The US statement came hours after the Israeli Armed Forces killed the number two of the Islamic Jihad terrorist organization in the Gaza Strip, Tayseer al Jabari, in a bombardment, and a missile battle broke out between the two parties. .

According to the latest report from the Palestinian Ministry of Health, ten people were killed by Israeli missiles, including a 5-year-old boy, and 65 people were injured.

However, the United States has stressed that it believes that Israel has the right to self-defense, which is why Austin has shown his country's "lasting commitment" to the security of the Jewish state.

After the death of the Islamic Jihad commander and after several bombardments by the Israeli Forces in the Gaza Strip, the terrorist organization has launched an undefined number of missiles in retaliation, which have been intercepted by the Israeli 'Iron Dome' system ' and that have raised tension in the area.

‹ ›
Keywords:
Estados UnidosIsraelPalestina
Your comment has been forwarded to the administrator for approval.×
Warning! Will constitute a criminal offense, illegal, threatening, offensive, insulting and swearing, derogatory, defamatory, vulgar, pornographic, indecent, personality rights, damaging or similar nature in the nature of all kinds of financial content, legal, criminal and administrative responsibility for the content of the sender member / members are belong.
Related News