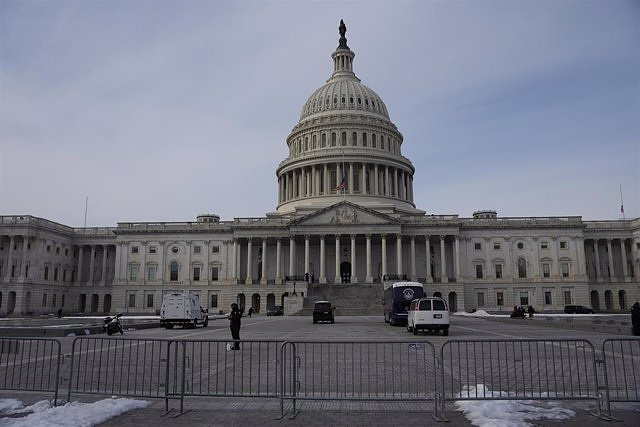 The United States Senate has approved this Wednesday the applications of Finland and Sweden to join NATO, a decision that has received 95 votes in favor and only one against.

Specifically, the measure has been supported by practically the entire US Senate, with the exception of Republican Senator from Missouri Josh Hawley, who has argued his position assured that the United States should concentrate on containing China instead of expanding the Atlantic Alliance. , as reported by 'The Washington Post'.

With the support of the United States, there are already 20 NATO member countries that have ratified the entry of the two Nordic States into the Alliance, waiting for the Parliaments of countries such as Hungary, Turkey or even Spain to vote.

Entry into NATO requires the approval of the Parliaments of the 30 member countries, which once this procedure is completed, will become 32.

Finland and Sweden had for decades refused to apply to join NATO, although they have changed their position as a result of the Russian invasion of Ukraine, unleashed on February 24 by order of Russian President Vladimir Putin.

Both countries took a further step on July 5 in joining NATO with the signing of their accession protocol, with which they become 'de facto' members of the military alliance in the absence of formal ratification. After that, the director general of NATO, Jens Stoltenberg, spoke of "historic day".

The access of Sweden and Finland was unblocked at the Madrid summit on June 29 and 30, in which the leaders invited both candidates, after culminating in the prelude to the meeting an agreement for Turkey to lift its veto in exchange for a greater commitment of the Scandinavian countries in the fight against the terrorist group Kurdistan Workers' Party (PKK).

‹ ›
Keywords:
SueciaEstados UnidosFinlandiaOTAN
Your comment has been forwarded to the administrator for approval.×
Warning! Will constitute a criminal offense, illegal, threatening, offensive, insulting and swearing, derogatory, defamatory, vulgar, pornographic, indecent, personality rights, damaging or similar nature in the nature of all kinds of financial content, legal, criminal and administrative responsibility for the content of the sender member / members are belong.
Related News