US ambassador to Moscow steps down on retirement 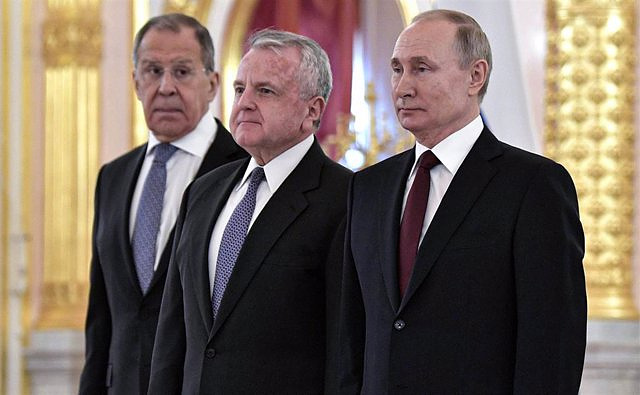 The US ambassador to Russia, John Sullivan, left Moscow this Sunday after ending his diplomatic mission due to his retirement and withdrawal, as reported by the US Embassy.

"The United States Ambassador to the Russian Federation, John Sullivan, has completed his duties as United States envoy and has departed from Moscow today," the Embassy said in an official statement.

Sullivan was appointed ambassador to Moscow in December 2019, when Donald Trump was President, and has completed nearly three years in the post. Thus, at the age of 62, he ends a 40-year career in public administration with five presidents and positions in the departments of Justice, Defense and Commerce. He particularly highlights his work at the State Department, where he became deputy secretary of state.

His last public act was his attendance at the event in Moscow in memory of the last president of the Soviet Union, Mikhail Gorbachev, last Saturday.

"Until the arrival of Ambassador Sullivan's successor, Elizabeth Rude will serve as chargé d'affaires of the United States Embassy in Moscow," the note concludes.

Sullivan has been one of the most critical voices with the Russian president, Vladimir Putin, his authoritarian tone, the judicial arbitrariness and the violations of Human Rights in Russia.