UP demands in Congress the diplomatic end of the war in Ukraine: "It is the only thing that can avoid the economic abyss"

Questions the effectiveness of sanctions against Russia and points to US arms companies as beneficiaries of the conflict. 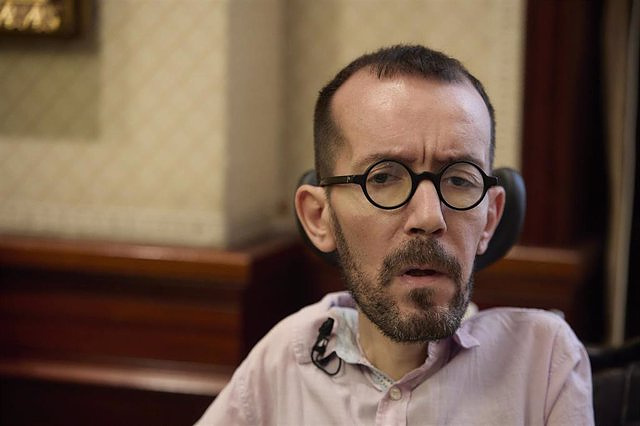 United We Can has registered a non-law proposal (PNL) in Congress so that the chamber urges to deploy "all political energies" to a diplomatic negotiation that ends the war in Ukraine through an immediate peace agreement, understanding that it is the only way to avoid the "economic abyss" and that stability in Europe is put at risk.

Through its initiative, the confederal group demands that they stop promoting measures that contribute to the prolongation of the war, which is having "dramatic" consequences mainly for the Ukrainian people and for the citizens of the rest of the EU countries.

It also maintains that the sanctions imposed on Russia have had little effect and that one of the main beneficiaries of the conflict is the United States and its arms companies.

"We have to be clear. The only event that can avoid the economic abyss, a very deep crisis in Spain and Europe as a whole, is that there is a peace agreement," the United spokesman said in a statement on Tuesday. Podemos in Congress and signatory of the initiative, Pablo Echenique.

As explained by the non-law proposal of the coalition's minority partner, "no matter how much legislative and budgetary effort is made by the governments of the European Union", none is capable of fighting alone the "sudden shortage of one of the main energy raw materials and fight double-digit inflation.

Therefore, it considers it clear that the only way to avoid a "deep and lasting" crisis that will generate "enormous suffering" for society and that even puts "the architecture of the EU" at risk, is to achieve, as soon as possible, a peace agreement.

In turn, Echenique underlines that there are other global actors that are not being harmed by the conflict and slips that Europe "has paid Russia more money for its fuel than Putin has spent on the war."

"We have to think about who is doing very badly with this invasion, Spain and the EU, and abandon speeches and measures that have the consequence of prolonging the conflict," he concluded.

In the argumentation of its initiative, United We Can proclaim that there are geopolitical actors who are "benefiting" from the war or, at least, are not affected so harshly.

In this way, he criticizes that the sanctions that were intended to "bring the Russian economy to its knees have had little effect", since the ruble "is still strong" and Russia has been able to find other clients to sell its oil and gas.

In turn, he points out that the United States has significantly increased its role as supplier of liquefied gas to Europe and that the dollar exceeds, for the first time in 20 years, the euro in value.

"All this without mentioning that the arms companies, especially the North American ones, are seeing their profits increase in an obscene way thanks to the war and rearmament discourse that the US has injected into Europe through NATO," settles the proposal of United We Can.

In August and during an interview with Europa Press, the deputy and co-spokesperson for Podemos, Javier Sánchez Serna, already stated that the most effective way to contain the rise in prices was to end the war and seek an armistice now.

He also highlighted his party's refusal to send military material to Ukraine and insisted that this "has not served to decant the conflict on one side or the other." "We do not believe that the shipment of weapons is going to change the course of the war, but what can change it and prevent the consequences from intensifying is to bet on diplomatic channels and that peace arrives as soon as possible," he added.

‹ ›
Keywords:
PodemosUcrania
Your comment has been forwarded to the administrator for approval.×
Warning! Will constitute a criminal offense, illegal, threatening, offensive, insulting and swearing, derogatory, defamatory, vulgar, pornographic, indecent, personality rights, damaging or similar nature in the nature of all kinds of financial content, legal, criminal and administrative responsibility for the content of the sender member / members are belong.
Related News