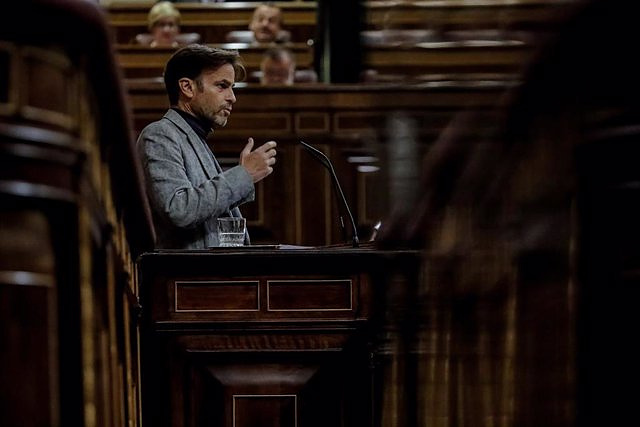 The president of the United Podemos parliamentary group in Congress, Jaume Asens, has advocated deploying a law that withdraws the salary and use of the official car from members of the General Council of the Judiciary (CGPJ) and the Constitutional Court (TC). , whose term has expired.

During his intervention in the Plenary Session of Congress, focused on the General State Budgets (PGE), he alluded to the situation of blockade and "absolute illegality" that exists in the Judiciary and has branded these members as "squatters".

"If it were up to us, all the members chosen by the PP, who are refusing to comply with the law, would not receive their salary. We defend that there be a law that in the future takes away the salary and privileges, such as official cars, from those members with an expired mandate and continue to hold office in the CGPJ, and also in the TC", he emphasized.

What's more, the leader of En Comú Podem has quantified that jurists with an expired mandate have received five million euros, which is a "shame", as well as the "kidnapping" of the Judiciary by the PP.

‹ ›
Keywords:
PodemosTribunal ConstitucionalCGPJ
Your comment has been forwarded to the administrator for approval.×
Warning! Will constitute a criminal offense, illegal, threatening, offensive, insulting and swearing, derogatory, defamatory, vulgar, pornographic, indecent, personality rights, damaging or similar nature in the nature of all kinds of financial content, legal, criminal and administrative responsibility for the content of the sender member / members are belong.
Related News