United We Can want to reduce penalties for embezzlement if there is no personal gain, which would benefit Griñán 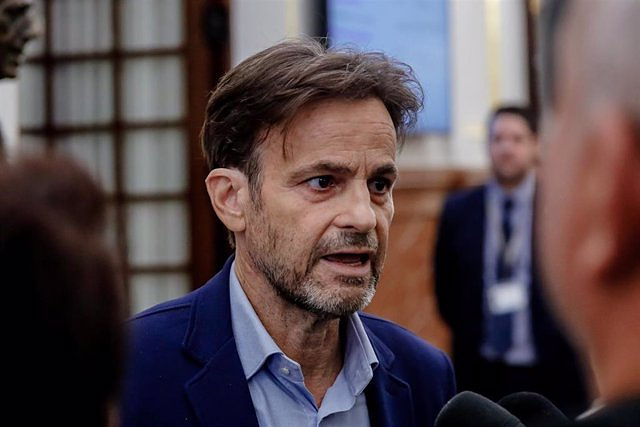 The president of the parliamentary group of United We Can in Congress, Jaume Asens, has been in favor this Monday of modifying the Penal Code to reduce the penalties provided for the crime of embezzlement in the event that there is no personal enrichment, a reform that, In addition to benefiting the leaders of the 2017 independence process, it could also help the former president of the PSOE and the Junta de Andalucía José Antonio Griñán, convicted of the ERE case.

In a press conference in Congress, Asens pointed out that the current classification of the crime of embezzlement, which comes from the stage of absolute majority of Mariano Rajoy, "is a disaster" that can give rise to "unfair situations". That is why his formation believes it convenient to touch it up and does not rule out doing so through amendments to the bill that he has presented with the PSOE to eliminate the crime of sedition.

Asens has explained that the confederal group has not yet decided whether they will present their own proposals in this regard or support those that ERC could present, but has made it clear that this crime must be reformed to differentiate the penalties that are imposed when there is personal gain from when the judged person does not enrich himself with that public money.

Precisely, the argument that Griñán did not benefit from the embezzled money in the case of the ERE is the one that has been put forward by the PSOE to show its disagreement with the sentence imposed on the former Andalusian president.

Asens has pointed out that it was in 2015, after the Catalan independence referendum of 2014, when the PP promoted the modification of this crime in the Penal Code. His intention, as indicated by the also En Comú deputy, was to be able to criminally prosecute the use of public money for the organization of this type of consultation. "It was a twisted reform made 'ad hoc'," Asens denounced.

Since this crime did not exist as such, the Catalan authorities at that time, with President Artur Mas at the head, were investigated administratively, through a case for accounting responsibility opened by the Court of Auditors. Those convicted of the 2017 'procés' were punished for embezzlement.

In any case, the 'purple' leader has remarked that embezzlement is a "fundamental" crime in the fight against corruption and that it must "continue to exist". That yes, not written in a "generic" way as he, in his opinion, happens now, but with a "taxative" wording that prevents "abusive interpretations".

‹ ›
Keywords:
PSOEEREPodemosAndalucía PolíticaCataluña Política
Your comment has been forwarded to the administrator for approval.×
Warning! Will constitute a criminal offense, illegal, threatening, offensive, insulting and swearing, derogatory, defamatory, vulgar, pornographic, indecent, personality rights, damaging or similar nature in the nature of all kinds of financial content, legal, criminal and administrative responsibility for the content of the sender member / members are belong.
Related News