Employment is close to 20. 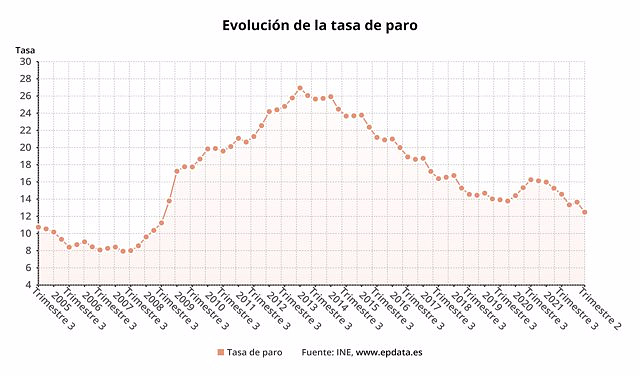 Employment is close to 20.5 million workers, the highest figure since 2008

Unemployment fell by 255,300 people between April and June this year, the largest decline for a second quarter since 2018, and the number of unemployed fell below three million for the first time since 2008.

For its part, employment increased by 383,300 jobs between April and June, 1.91% compared to the previous quarter, although it represents a lower figure than the increase of 464,900 workers registered a year ago.

At the end of June, the total number of unemployed stood at 2,919,400 people and that of the employed, at 20,468,000 people, according to the Active Population Survey (EPA) corresponding to the second quarter published this Thursday by the National Institute of Statistics (INE).

It should be noted that the figure of 20.47 million employed persons is the highest since 2008 and is close to the all-time high of 2007, while it is the first time since 2008 that the number of unemployed is below three million.

In the second quarter, the unemployment rate decreased by more than one point, to 12.48%, and the activity rate rose by two tenths, to 58.71%, after the number of active persons increased by 128,800 people between April and June (0.5%).