Rostislav Smirnov, advisor to the Ukrainian Ministry of the Interior, said on Wednesday that Russia "has shot itself in the foot" with the announcement of a "partial mobilization" and stressed that "from a certain point of view, it is positive" for Kyiv. 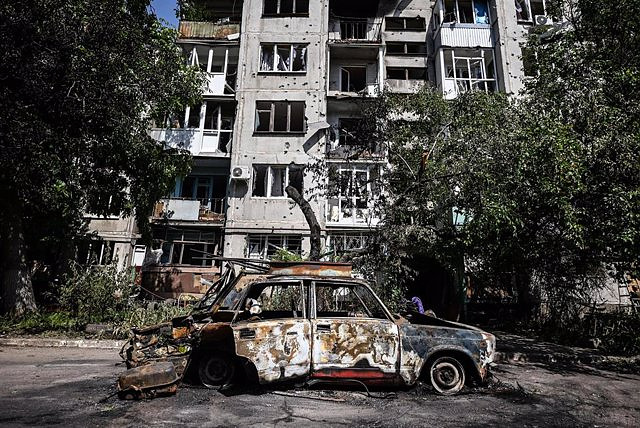 Rostislav Smirnov, advisor to the Ukrainian Ministry of the Interior, said on Wednesday that Russia "has shot itself in the foot" with the announcement of a "partial mobilization" and stressed that "from a certain point of view, it is positive" for Kyiv.

"I would say that, from a certain point of view, it is positive news. It is a powerful shot in the foot by Russia. We have to understand that we are living in a historic moment when Russia begins to recognize its losses in the east," he said. , according to the Ukrainian news agency Ukrinform.

Thus, he has stated that the decision of the Russian president, Vladimir Putin, is a "call for help" because "they do not have enough people" and "they are being defeated" in Ukraine, while arguing that the measure will unleash internal criticism "extremely strong".

"This process (...) will cause a huge wave of negativity directly in Russia, which can lead to very serious events. In the near future we will see the consequences of this process," explained Smirnov, who has also pointed to a division within the decision-making in the Kremlin in relation to the situation in the war.

In this sense, he has argued that the Russian Army "is destroyed" and lacks "combat capacity." "There will be very serious long-term consequences on the internal political situation in Russia, which will directly mean something extremely positive for us," the Interior Ministry adviser has settled.

For his part, the adviser to the Presidency of Ukraine, Mijailo Podoliak, has ridiculed on his account on the social network Twitter about Putin's decision. "Everything is still according to plan, isn't it? Life has a great sense of humor," he has noted.

"Day number 210 of the 'three-day war'. The Russians who demanded the destruction of Ukraine end up receiving mobilization, closing of borders, blocking of bank accounts and imprisonment for desertion," he pointed out.

During the day on Tuesday, the Lower House of the Russian Parliament had approved a series of amendments to the Penal Code to toughen prison sentences for acts committed during wartime, including surrender, desertion and looting.

The project, which includes the concepts "mobilization", "martial law" and "war period", previously not mentioned in the Russian Penal Code, will be reviewed this Wednesday by the Federation Council --the Upper House-- with a view to for approval and forwarding to the president for ratification.

‹ ›
Keywords:
RusiaVladimir PutinMinisterio Del InteriorUcrania
Your comment has been forwarded to the administrator for approval.×
Warning! Will constitute a criminal offense, illegal, threatening, offensive, insulting and swearing, derogatory, defamatory, vulgar, pornographic, indecent, personality rights, damaging or similar nature in the nature of all kinds of financial content, legal, criminal and administrative responsibility for the content of the sender member / members are belong.
Related News