The Ukrainian Army confirms offensives on Izium and Kupiansk, in the Kharkov region. 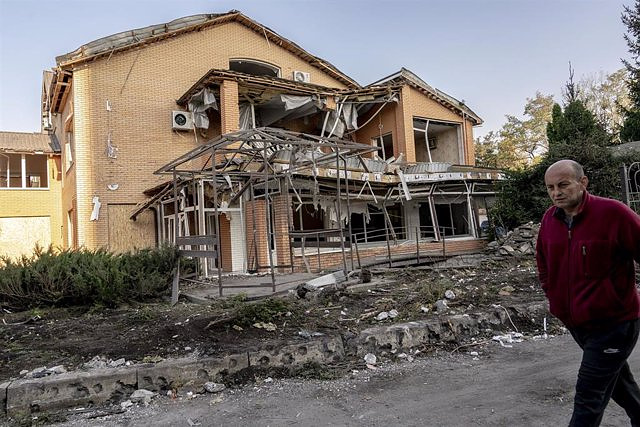 The Ukrainian Army confirms offensives on Izium and Kupiansk, in the Kharkov region

The Ukrainian Armed Forces have assured that the Russian authorities that control the occupied territories in eastern Ukraine have ordered the men not to leave these areas due to the evolution of the war conflict.

kyiv has made unprecedented progress in its counteroffensive and even Moscow has acknowledged the withdrawal of troops, although attributing it to technical reasons and not to the alleged defeats to which the Ukrainian president, Volodimir Zelensky, alludes.

The Ukrainian forces have indicated this Sunday that, after the "success" of the offensive, the "invaders" already see a general mobilization and have prohibited the men from leaving the "temporarily occupied territories". Likewise, in Kharkov and Kherson, controls would have been tightened, even with a curfew, according to a balance sheet published on Facebook.

Zelenski affirmed Saturday that the Ukrainian Army has recovered in the first ten days of September around 2,000 square kilometers of territory. The Armed Forces have reported operations already "underway" in the towns of Kupiansk and Izium, in the Kharkov region.