Ukraine figures in more than 50,000 Russian soldiers killed since the beginning of the invasion 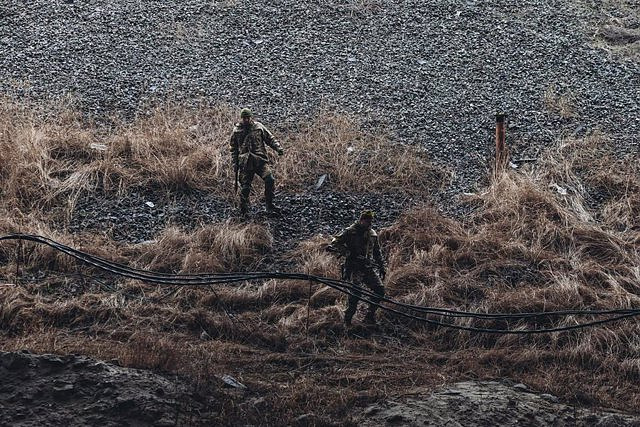 The Armed Forces of Ukraine have estimated this Tuesday at more than 50,000 the number of Russian soldiers killed since the start of the war, unleashed on February 24 by the invasion order signed by the President of Russia, Vladimir Putin.

The General Staff of the Ukrainian Army has indicated in a message posted on its account on the social network Facebook that "about 50,150" Russian soldiers have died in the framework of the fighting, including 350 during the last 24 hours.

Likewise, it has indicated that since the beginning of the invasion, 2,077 battle tanks, 1,179 artillery systems, 296 self-propelled and armored multiple rocket launchers, 156 anti-aircraft systems, 236 planes and 207 helicopters have been destroyed.

Along these lines, he stressed that the Russian forces have also suffered the loss of 876 drones, 209 cruise missiles, 15 boats and 3,305 vehicles and fuel tanks, before stressing that "the data is being updated."

"The Russian enemy suffered the greatest losses during the last day in the direction of Donetsk," he said. "Hit the occupier. Let's win together. Our strength is in the truth," said the General Staff of the Ukrainian Army.

On the other hand, it has indicated that "the enemy continues to focus its efforts on stabilizing total control over the territory of the Donetsk region, keeping the temporarily occupied districts in Jerson, part of Kharkov, Zaporiyia and Mikolaiv."

"There is still the threat of massive air and missile attacks on military and civilian infrastructure throughout the territory of Ukraine," he stressed, while emphasizing that "in Black Sea waters, enemy ships with missiles cruise ships 'Kalibr' are still ready to be used".

Lastly, he also praised the fact that the country's forces "successfully repelled the enemy's offensive attempts in the areas of Soledar, Zaitseve, Shakhta Butivka and Spartak" and added that "during the last day, to support the actions of the groups ground forces, the Air Force carried out more than 30 strikes to destroy enemy personnel, combat and special equipment, and other military objects.