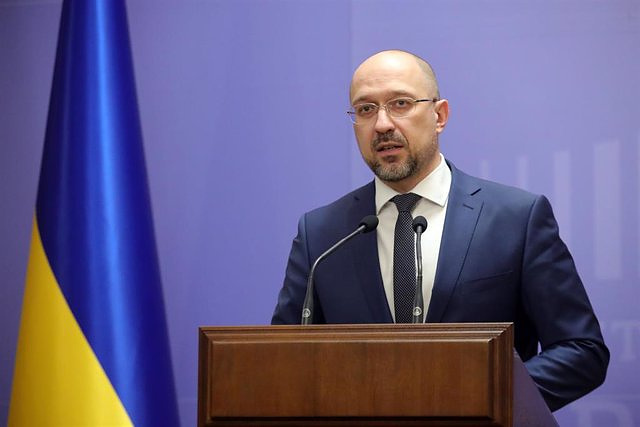 The Prime Minister of Ukraine, Denis Shmigal, has sent a message of thanks to the international community for the references to war that several international leaders have made this Tuesday during their speeches at the United Nations General Assembly.

For the Ukrainian head of government, as he pointed out in a publication on Telegram, the Russian invasion of his country has caused the main international leaders to allude to "world hunger, nuclear terrorism and unprecedented violence".

"All his speeches begin with the situation in Ukraine and the global consequences that the war has already caused and will cause in the future," he said, emphasizing that this "interest" demonstrates "his enthusiasm and willingness to unite in the face of terrible threats of the aggressor".

Shmigal, present in New York together with the Ukrainian first lady, Olena Zelenska, plans to participate in the activities scheduled within the framework of the 77th UN General Assembly.

"Our Ukrainian delegation is directly at the UN headquarters to strengthen the international coalition in support of Ukraine and build influence to hold Russia accountable for its crimes," Shmigal said.

However, the president, Volodimir Zelenski, will intervene by videoconference, an issue that was criticized and rejected by Russia, although the member states finally gave their approval for the president to launch his speech electronically.

‹ ›
Keywords:
OnuUcrania
Your comment has been forwarded to the administrator for approval.×
Warning! Will constitute a criminal offense, illegal, threatening, offensive, insulting and swearing, derogatory, defamatory, vulgar, pornographic, indecent, personality rights, damaging or similar nature in the nature of all kinds of financial content, legal, criminal and administrative responsibility for the content of the sender member / members are belong.
Related News