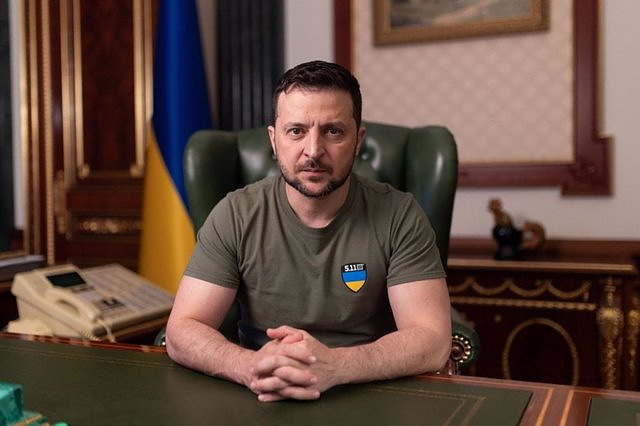 The Ukrainian president, Volodimir Zelenski, announced this Wednesday the intention of his Executive to turn Ukraine into a guarantor of European energy security through its electricity production, and has detailed plans to increase the export of electricity to the countries of the European Union.

"Gradually we will make Ukraine one of the guarantors of European energy security thanks to our national electricity production," the Ukrainian president said in his daily message to the country's population.

Zelensky reported that the country is preparing to increase its electricity exports to consumers in the European Union, and stressed the importance of securing Ukraine's energy grid despite the war.

"Despite this war, we ensured the connection of Ukraine's energy network to the energy system of the whole of Europe in record time," the Ukrainian president added.

Likewise, the head of state of Ukraine has pointed out that energy exports "not only allow the country to earn foreign currency", but also help its partners to resist Russian energy pressure.

On the other hand, Zelenski has said that a group of Ukrainian parliamentarians is preparing an initiative with which it is proposed to increase the responsibility of the countries of the European Union for the evasion of sanctions by Russia.

The measure would make it mandatory to disclose information about any business contacts, joint ownership of corporate rights and property with citizens of Russia.

‹ ›
Keywords:
UcraniaUEVolodimir Zelenski
Your comment has been forwarded to the administrator for approval.×
Warning! Will constitute a criminal offense, illegal, threatening, offensive, insulting and swearing, derogatory, defamatory, vulgar, pornographic, indecent, personality rights, damaging or similar nature in the nature of all kinds of financial content, legal, criminal and administrative responsibility for the content of the sender member / members are belong.
Related News