Spain believes that it could be sealed before the end of the year while the main minister points out that "we are not there yet". 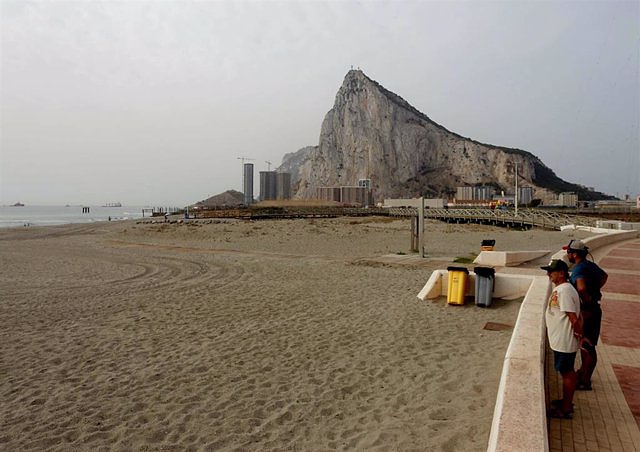 The agreement between the United Kingdom and the EU on Gibraltar's future relationship with the bloc could finally be close to being finalized, after two years of negotiations weighed down, among other things, by changes in the British Government and by the difficulty of the matter, since that neither London nor Madrid renounce their position regarding the sovereignty of the Rock.

According to the Secretary of State for the EU, Pascual Navarro, there is already a proposal for an agreement on the table and "there is no point blocked" in the negotiation. "It is a long and complex text because it affects all aspects of relations with Gibraltar," he said, to clarify that "negotiation of the commas is now beginning and that will take a little time" although without ruling out that it could be closed "before of the end of the year."

The existence of this proposed agreement -presented by the Community Executive to the negotiators but which, according to European sources consulted by Europa Press, has not yet reached the capitals of the 27- comes a week after the Minister of Foreign Affairs, José Manuel Albares, will travel to Brussels to meet with the vice president of the European Commission in charge of negotiations with London, Maros Sefcovic, whom he asked to intensify contacts to seal the agreement.

Spain and the United Kingdom signed in extremis on December 31, 2020 a preliminary agreement that was to serve as the basis for Brussels to subsequently negotiate with London the future relationship of Gibraltar with the EU. Said agreement provided, as announced at the time by the Minister of Foreign Affairs, Arancha González Laya, the disappearance of the Gate and its inclusion within the Schengen area without borders.

However, the negotiating mandate that the Twenty-seven finally gave to Brussels, although it endorsed the elimination of the Gate, conditioned it on Spain --with the assistance of Frontex during the first four years-- controlling the border crossing at the airport and port of Peñón, something that the British government did not like.

The way in which this balance between the presence of Frontex and the protection of the Spanish authorities will fit into the future agreement, which London does not view favorably because it considers it an attack on its sovereignty, is precisely one of the pitfalls that remain open after a dozen rounds of negotiations and that the parties are looking for a way to resolve, according to several sources familiar with the conversations consulted with Europa Press.

Albares transferred to Sefcovic during their meeting the "global proposal" that he has sent to the United Kingdom to achieve the ultimate objective sought with the agreement on the Rock after Brexit, the creation of a zone of shared prosperity in the Gibraltar area and the Campo de Gibraltar, as both governments stated with the New Year's Eve 2020 agreement.

In this sense, community sources consulted by Europa Press have specified that the minister explained to Sefcovic his contacts with London on "the question of the airport, the military base and the implementation of a potential agreement on the mobility of people." Brussels welcomes these "complementary" contacts to the ongoing negotiations, the next round of which is scheduled for late November or early December.

Likewise, the sources consulted have indicated that the European Commission is willing to "increase the pace of negotiations with a view to finding solutions to the main issues by the end of this year." The parties had initially set the deadline for closing the agreement at the end of 2021, but they agreed to give themselves a margin until Easter 2022, a deadline that they did not meet either.

From London, the message that arrives is also one of willingness to agree. "The United Kingdom is committed to working constructively to guarantee an agreement" in line with what was agreed by London and Madrid in December 2020, sources from the Foreign Office told Europa Press, also reiterating the main British red line: "The United Kingdom will not will agree to anything that compromises sovereignty" over the Rock.

All in all, the possibility of a 'no deal' continues to be on the table, something the British and Gibraltarian governments have been working on for some time and warning of the consequences it would have, particularly for the thousands of people who daily they cross the Gate to work on the Rock.

"We would clearly prefer not to have a non-negotiated result," the British Foreign Minister, James Cleverly, who is currently in charge of negotiations with Brussels, told a parliamentary committee this week, but did not want to quantify the chances of this happening.

As he clarified, negotiations have been achieved until there are only "a relatively small number of outstanding issues and we will continue to negotiate on them with the desire to achieve a negotiated result, because I believe it would be in the best interest of not only the United Kingdom and the Gibraltarians, but also from Spain".

Neither the United Kingdom nor Gibraltar want to rule on deadlines to close a negotiation that started in October 2020. Both governments have avoided responding, consulted by Europa Press, about how long they see it as possible to maintain the current situation, but the main minister, Fabián Picardo, also He has shown some concern.

"I hope that we will intensify the pace of our attempts to find solutions to the pending issues in the coming weeks," the chief minister told the Gibraltar Chronicle newspaper a day after Albares' trip to Brussels.

Following Pascual Navarro's statements this Friday, the chief minister acknowledged the efforts being made to achieve "an acceptable agreement" for the parties. "We are all optimistic and positive in our prospects," he said, acknowledging that "there are elements on which we can broadly agree" at this stage of the negotiations.

However, he hoped "to be able to dot the i's" in the agreement with the EU "at the right time" and that this happens "sooner rather than later." "But we are not there yet," stressed the Gibraltarian chief minister.

On the other hand, in his statements to the 'Chronicle', Picardo did not want to set time limits despite the fact that the Rock has elections scheduled for next autumn, just like Spain. "We shouldn't add an additional element of difficulty that would put a clock on the table as an additional challenge," he argued.

In this context, Albares has convened the mayors of Campo de Gibraltar in Madrid on November 25 to inform them about the agreement that he has proposed to London and that includes the key aspects to be able to manage the relationship with the Rock now that the United Kingdom is no longer in the EU and about how the negotiation is going. The minister has already met with them to inform them in October 2021.

‹ ›
Keywords:
LondresGibraltarUE
Your comment has been forwarded to the administrator for approval.×
Warning! Will constitute a criminal offense, illegal, threatening, offensive, insulting and swearing, derogatory, defamatory, vulgar, pornographic, indecent, personality rights, damaging or similar nature in the nature of all kinds of financial content, legal, criminal and administrative responsibility for the content of the sender member / members are belong.
Related News