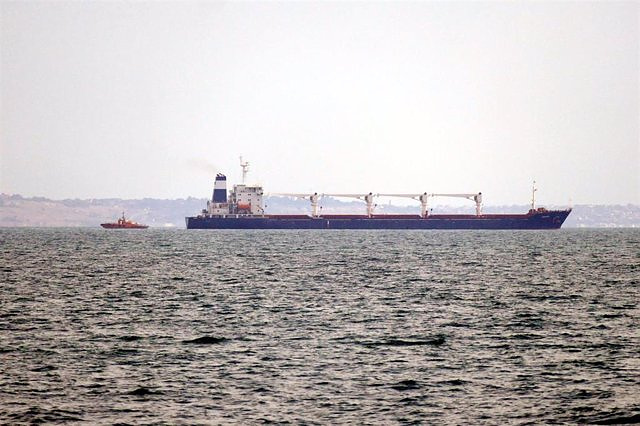 The Turkish authorities confirmed this Friday the departure of three other ships with grain from the Ukrainian ports of Odessa and Chernomorsk, after the activation of the joint mechanism agreed between Ukraine and Russia, with the mediation of Ankara and the United Nations.

The Turkish Ministry of Defense has indicated in a series of messages on its account on the social network Twitter that the ship 'Navistar', under the Panamanian flag, has left the port of Odessa bound for Ireland and with a cargo of 33,000 tons of corn .

The Ministry of Defense has stressed that all of them will have to dock in Istanbul to be subjected to an inspection, as contemplated in the agreement reached on July 22. The ships thus join the 'Razoni', with the Sierra Leonean flag, which left Odessa on August 1 with more than 26,000 tons of corn bound for Lebanon.

Turkish Foreign Minister Mevlut Cavusoglu stressed on Thursday the importance of the agreement being "sustainable", "The duration of this agreement is four months", he said, before stressing that the agreement could even be the basis for "a comprehensive ceasefire" prior to the end of the war.

‹ ›
Keywords:
TurquíaRusiaOnuUcrania
Your comment has been forwarded to the administrator for approval.×
Warning! Will constitute a criminal offense, illegal, threatening, offensive, insulting and swearing, derogatory, defamatory, vulgar, pornographic, indecent, personality rights, damaging or similar nature in the nature of all kinds of financial content, legal, criminal and administrative responsibility for the content of the sender member / members are belong.
Related News