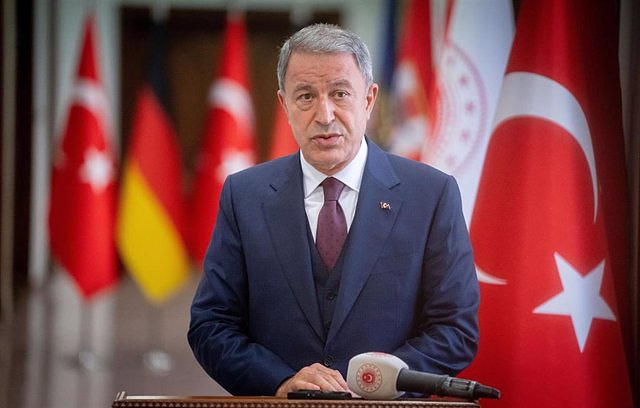 The Turkish government has announced the completion of the "technical phase" of preparations for the resumption of Ukrainian grain exports, which could begin in a matter of days, once the administrative procedures are completed, according to a statement sent by the Turkish Ministry of Defense.

"The technical work has been completed and shipments are expected to start as soon as possible after administrative preparations," Turkish Defense Minister Hulusi Akar announced after the last conversation with Ukraine's Defense Minister Oleksiy Reznikov, and the Minister of Infrastructure, Oleksandr Kubrakov.

All parties have declared their satisfaction with the so-called Joint Coordination Center, the body in charge of monitoring that the resumption of Ukrainian grain exports occurs without incident.

The center is the result of the international agreement reached last week in Istanbul between Russia, Ukraine, Turkey and the UN, and by which a coalition will supervise the loading of grain on ships in the Ukrainian ports of Odessa, Chernomosk and Pivdenyi, before to navigate a pre-planned route through the Black Sea.

The ships will cross the Black Sea to Turkey's Bosphorus Strait, where this joint coordination center has been established in Istanbul, which includes representatives from the UN, Ukraine, Russia and Turkey. Likewise, this center will be in charge of examining the ships that enter Ukraine to guarantee that they do not carry weapons or combat material.

‹ ›
Keywords:
TurquíaMinisterio De DefensaUcrania
Your comment has been forwarded to the administrator for approval.×
Warning! Will constitute a criminal offense, illegal, threatening, offensive, insulting and swearing, derogatory, defamatory, vulgar, pornographic, indecent, personality rights, damaging or similar nature in the nature of all kinds of financial content, legal, criminal and administrative responsibility for the content of the sender member / members are belong.
Related News